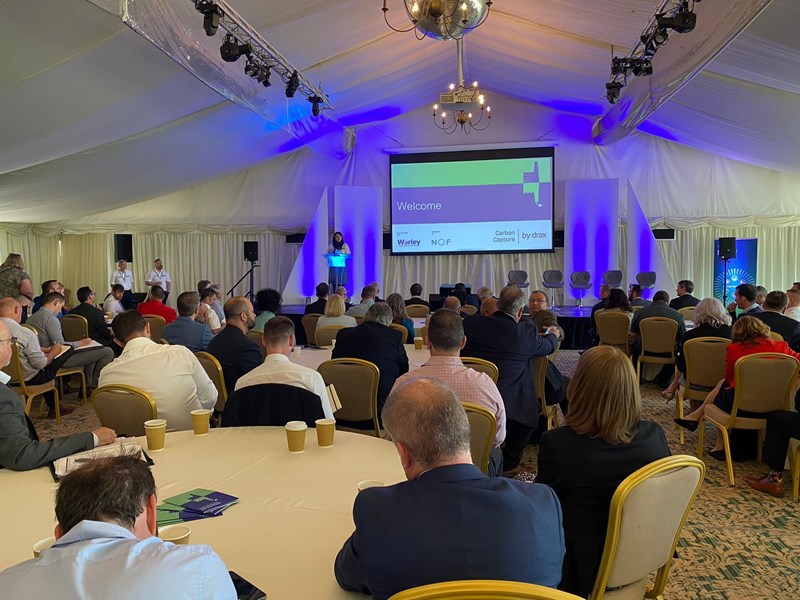 • More than 296 businesses from across Teesside came together this week to learn how they can win contracts to help Drax deliver its multi-billion-pound bionergy with carbon capture and storage (BECCS) project.
• Drax aims to source 80% of construction materials and services for its BECCS project from British businesses.
• The project will create 10,000 jobs across the North during its construction, developing green skills and helping to level up the region.

More than 296 businesses came together this week at an event run by renewable energy company Drax and its engineering, procurement and construction partner, Worley, to learn how they can win contracts worth hundreds of millions of pounds to deliver Drax’s vital carbon removal technology, bioenergy with carbon capture and storage (BECCS).

The event, run in partnership with NOF, the UK’s leading UK energy sector business development organisation, and the West & North Yorkshire and Hull & Humber Chambers of Commerce, was held in Teesside.

Drax has previously said that it aims to source 80% of the construction materials and services from British firms and to build a robust UK supply chain for BECCS, ahead of construction getting underway as soon as 2024, with the creation of around 10,000 jobs.

Graham Backhouse, Drax’s Commercial Director for the BECCS project, said: “We want to put British businesses at the heart of our plans to deliver BECCS. It was fantastic to see such a broad range of companies, large and small, from across the region come together to learn how they can benefit from hundreds of millions of pounds worth of new contracts.

“Negative emissions technologies like BECCS will play a vital role in enabling the UK to reach its net zero goals, as well as creating exciting opportunities for Britain to lead the world in a vital technology, creating a new sector of the economy, as well as export opportunities.

Joanne Leng, Chief Executive of NOF, said: ”The feedback from the businesses that attended Drax’s BECCS roadshow has been outstanding. The supply chain benefitted hugely from the opportunity to engage directly with key engineering personnel on the project.

“Both Drax and Worley must be congratulated for successfully fielding so many engineers, this was a real gamechanger in terms of ‘Meet the Buyer’ type events and one which will no doubt result in some new key supplier relationships being developed.”

Drax has a proven track record in delivering ambitious and pioneering infrastructure projects with the conversion of its power station in North Yorkshire to use sustainable biomass having enabled it to become the UK’s largest single site renewable generator, supporting more than 6,600 jobs throughout its supply chains across the North, whilst reducing its emissions by over 95% and paving the way for the deployment of BECCS. 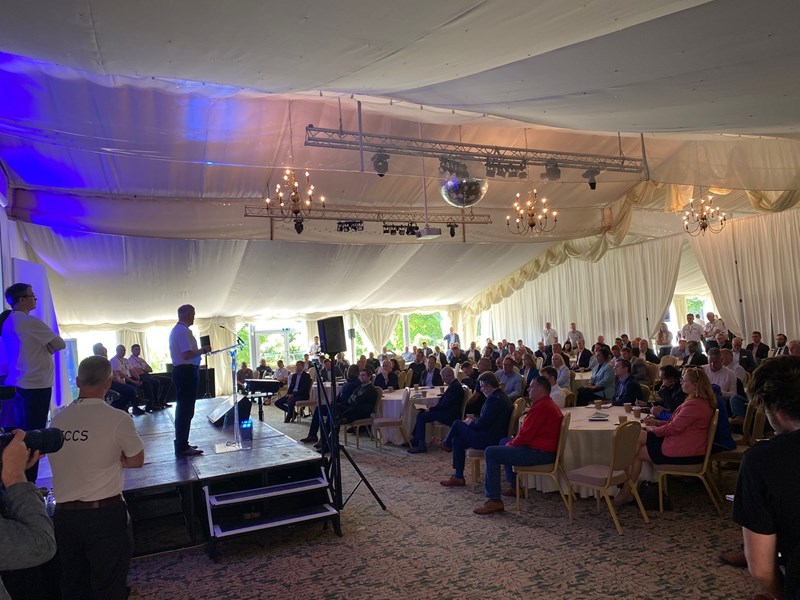