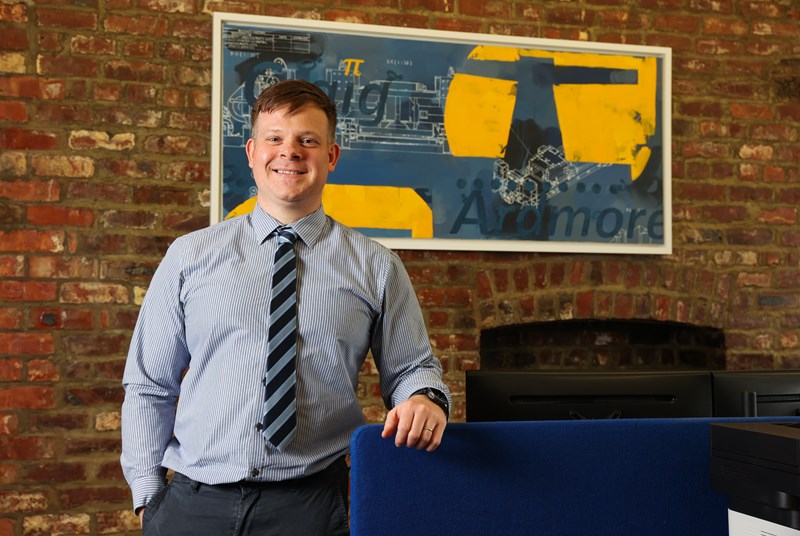 The company, who specialise in concept development, detail design & analysis and CAD support for the offshore and industrial engineering sectors, searched long and hard to find the right fit for the role, finally finding their match in Chartered Engineer and former Teesside University engineering graduate, Barber.

“We brought Paul into help with our growth plans, that was the main objective for us,” says Director Mike Styan.

“Ardmore had an excellent year in 2021. We almost doubled our turnover with engineering scopes and design & build projects, and while we are on target to exceed that in 2022, we realised we needed to get more efficient systems in place and certainly felt we needed another layer of management. We took our time in finding Paul to make sure we got the right person for the business.”

“The role developed as we were recruiting,” says Mike.

“Initially we wanted a senior engineer to help lead projects, but after interviewing several candidates we realised the role would be better served by an engineering manager who could help us with the day-to-day operations of the company.

“We felt Paul was the right fit immediately and he has brought a lot of great ideas from his previous roles which we are already implementing.

“He comes with a lot of experience which significantly enhances our engineering capabilities as a company as well as bringing in a level of experience and leadership we felt our team would benefit from, plus at 39, he’s young enough to speak on the same level to some of our younger engineers.”

For Paul, who previously worked at Conda Environmental Solutions in Peterlee and Soil Machine Dynamics in Wallsend, prior to his previous role at Tekmar the move to Ardmore Craig was the right role at the right time.

“In my previous jobs I learnt from experienced individuals and was always more involved that my title suggested, and with people crying out for engineers I was always getting contacted about new roles.

“I have a sense of loyalty to my employers, but at the same time I was ambitious and ultimately wanted to be an engineering manager at a company I could really make a difference in.”

“When the Ardmore position came up the diversity of the company really drew me in. There’s a buzz about the place, an excitement, and I knew straight away it was the fit for me.

“After meeting Mike and Andy, I realised they shared the same ideals and ambitions and I know that we will work really well together.”

With Paul’s help Ardmore hope to become the go to company for engineers wanting to deliver projects around the world, thereby helping to keep the best talent in Teesside.

“We want to make Ardmore Craig a fantastic place to work with the aim of attracting – and retaining – home grown stars such as Paul,” concludes Mike.