What is this huge tower illuminating the Teesside skyline? 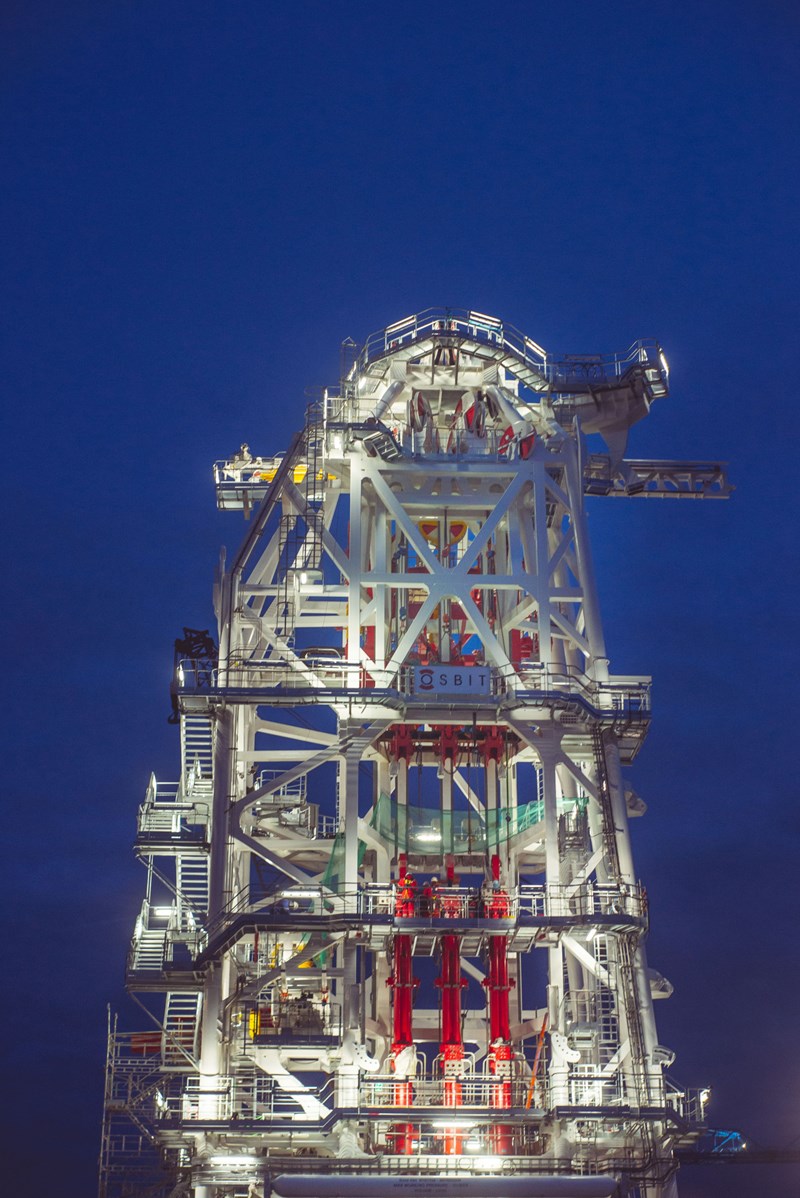 People may have spotted a huge tower which is illuminating the skies of Teesside and wondering what it is.

Osbit’s Smart Tower System for FTAI has been lighting up the skies at Wilton Engineering and can be seen for miles around the Transporter Bridge, especially at night.

The 40-metre tower was installed on site in December 2021 and represents the first major milestone in Osbit’s mission to deliver its globally innovative piece of technology, which will be used to support energy transition through extending the life of existing oil wells.

In April 2021, Osbit won a contract with FTAI Offshore, a subsidiary of Fortress Transportation and Infrastructure Investors LLC (FTAI) to design and construct an innovative new well intervention system.

Osbit’s Smart Tower System facilitates integrated riser-less and riser-based well operations at water depths of up to 1,500 metres and will be installed on FTAI’s flagship DP3 Vessel M/V Pride.

The system combines elements of modular technology from Osbit’s experience in well intervention and offshore handling with a series of innovations to improve operational safety, flexibility and accessibility.

Brendon Hayward, joint MD at Northumberland-based Osbit, said: “This is an exciting project for us and it’s fantastic to have reached this significant milestone. It demonstrates our extensive experience of delivering complex well intervention systems and large scale offshore projects.

“It’s great to see the tower lighting up the skies on Teesside but that’s not the end of the story, so we’re looking forward to sharing more details in the coming months. Watch this space!”

In October 2021 Osbit, which has sites at the Port of Blyth and Riding Mill, became a founding member in an exciting new offshore wind group – the Venterra Group – which is set to invest £250m in capabilities across the offshore wind farm lifecycle by mid-2022.

Osbit currently employs over 130 people and is embarking on an accelerated growth campaign to significantly expand its skilled workforce, supercharging its already considerable presence in the global offshore wind technology market.

To find out more, visit www.osbit.com