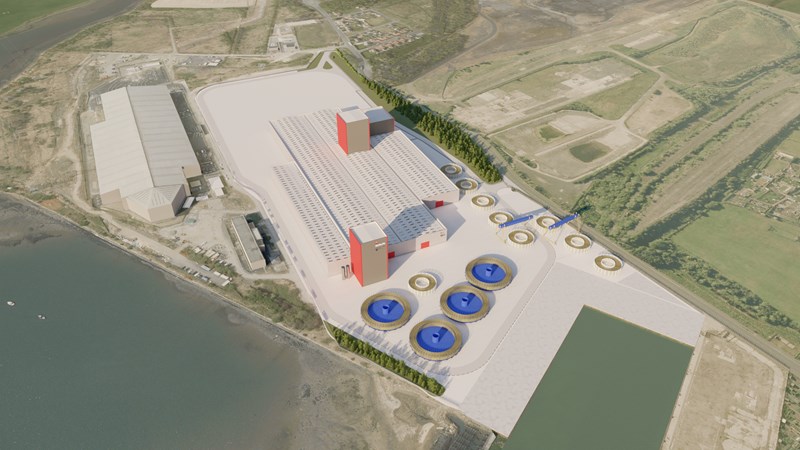 Proposals for a new subsea cable manufacturing facility in Cambois, Northumberland – which are set to create 170 new jobs – have been presented to the public.

The public were able to view an exhibition of plans for an advanced manufacturing and technology building and its associated infrastructure, car parking and landscaping, and discuss the proposals with the JDR project team.

JDR’s planned Cambois facility will support the growth of the UK’s offshore wind sector, complementing JDR's existing capacity and product capabilities of high voltage export and long length array cables deliveries for offshore wind farms. Investment in the initial project is estimated at £130 million which will be part funded by a grant from the BEIS Offshore Wind Manufacturing Investment Support (OWMIS) scheme.

Construction at the site – the former home of Blyth Power Station – is expected to begin in 2022 ahead of an opening in 2024.

It offers nearly 200 HA of strategic, quay linked, development sites with access to low carbon power, and is helping to create local jobs in areas such as construction, engineering, manufacturing, research and development, training and logistics.

Energy Central is a partnership between Advance Northumberland, Port of Blyth, Northumberland County Council and the Offshore Renewable Energy (ORE) Catapult aimed at attracting inward investment into the area.

Port of Blyth is one of the UK’s leading offshore energy support bases, and is home to many of the renewable sector’s leading businesses and some of its major projects over the last few years. The port is also home to extensive training facilities – including a £1 million wind turbine training facility – which are helping to develop the region’s workforce and ensure young people in Northumberland have the relevant skills and qualifications to enter industries such as offshore energy, marine, logistics and subsea engineering.

In 2020, Britishvolt announced plans to build its first battery gigaplant at a 96 HA site at Northumberland Energy Park Phase 3 at Energy Central. The £2.6 billion investment is one of the UK’s largest ever industrial investments and is set to bring 3000 highly skilled jobs to Cambois, with another 5000 in the local supply chains.

Production at the Britishvolt site is planned to start in 2023 and by the final phase of the project, it will produce more than 300,000 lithium-ion batteries per year for the UK automotive industry.

Cllr Jeff Watson, Chair of Advance Northumberland commented: “Energy Central puts South East Northumberland at the heart of renewable energy in the UK and JDR’s planned investment – along with Britishvolt’s Gigafactory and other developments around the Blyth estuary – will help to boost supply chain opportunities and attract further investment from regional, national and international businesses.

“This will create more and better jobs in Northumberland and give our young people the opportunity to enter the offshore wind, renewable energy, subsea engineering and advanced manufacturing industries right here on their doorstep.

“Energy Central is helping to power the UK’s drive to net zero and thanks to companies such as JDR, it is greatly strengthening our local economy and creating exciting, long-term opportunities for the people of our region.”

James Young, Chief strategy and Compliance officer at JDR Cable Systems, said: “This public consultation event gave local people a real opportunity to have their say on the proposed development and let us know their views.

“We are strongly committed to working with local people and ensuring that their views are considered before a planning application is submitted to Northumberland County Council.

“The development of a new JDR site in Cambois can play a major role in the UK’s transition to a low carbon economy and if the proposals go ahead, will represent a big win for Cambois and the Energy Central cluster.”

North East England is a lead UK region for offshore energy and is recognised by the UK Government as having Centre for Offshore Renewable Energy (CORE) status. It has a well-developed engineering supply chain and a highly skilled workforce with strong expertise in the engineering and manufacturing sectors.