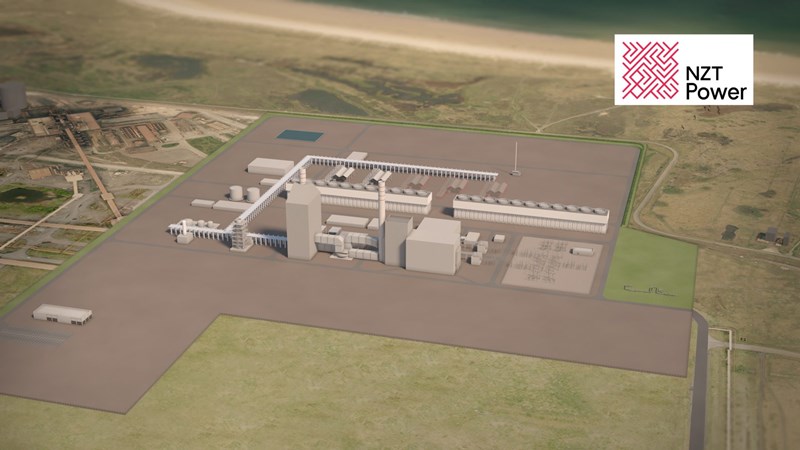 • Net Zero Teesside Power is a first-of-a-kind fully integrated gas-fired power and carbon capture project, with emissions planned to be transported and securely stored by the Northern Endurance Partnership.

• The project is expected to provide flexible low carbon electricity sufficient for around 1.3 million homes, progressing the deployment of carbon capture technology in line with the UK Government’s 10-point plan.

NZT Power’s proposed combined cycle gas turbine electricity generating station will have an electrical output of up to 860 megawatts (MW) of low carbon electricity, enough to power up to 1.3m homes per year. From the power plant alone, the proposed CCS infrastructure will capture and store up to two million tonnes of CO2 a year.

In October 2021, the UK government selected the East Coast Cluster as one of the first two low-carbon industrial clusters be taken forward as part of its Carbon Capture and Storage (CCUS) cluster sequencing process. The Northern Endurance Partnership, which bp leads as operator, will provide the common infrastructure needed to transport CO2 from emitters across the Humber and Teesside to secure offshore storage in the Endurance aquifer in the Southern North Sea.

NZT Power sits at the heart of a decarbonized cluster of industries on Teesside, which will share the CO2 transportation and storage infrastructure being developed by the Northern Endurance Partnership for both Teesside and the Humber. These businesses, which employ thousands of people, are united by the common goal of decarbonising their operations and helping the UK reach net zero by 2050.

NZT Power has also entered into a partnership with NOF, the national energy sector business development organisation, to support the project on supply chain engagement. Durham-based NOF works closely with its strategic partners to give them access to its membership base and wider industry network, which contains innovative, technology-led supply chain companies.

The NOF partnership follows the award of contracts in December 2021 by the NZT Power partners, bp and Equinor, to two consortia of engineering companies and major suppliers, as part of its dual Front End Engineering Design (FEED) competition. The project submitted its DCO application in 2021, with ongoing public consultation showing strong public support.

Tees Valley Mayor Ben Houchen said: “This ground-breaking scheme has already been recognised by Government as vital to help drive forward the cleaner, safer and healthier jobs of the future. This single project will deliver thousands of good-quality, well-paid jobs for people across Teesside, Darlington and Hartlepool, while positioning our region as a clean energy powerhouse. It will also play a critical role in decarbonising our world-leading chemicals and processing industries and safeguarding over 5,000 more jobs in the process.”

Joanne Leng MBE, chief executive of NOF, said: “Our members and the wider supply chain are well positioned to support NZT Power. Their innovation, technologies and vast energy industry experience ensures they can significantly contribute to the project and, at the same time, make a real difference to the energy transition and further profile North East England as the epicentre for net zero.”