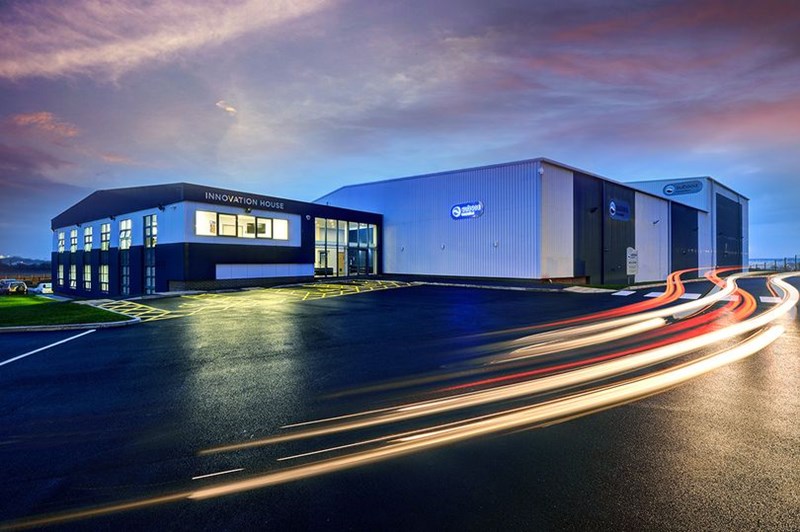 The offshore engineering specialist says its raising £4m is evidence of shareholders buying into its growth strategy.

The Darlington headquartered group - which also has facilities in Newton Aycliffe, Blyth, Newcastle, Montrose and Lowestoft - said the move was a huge vote of confidence from shareholders amidst geopolitical pressures on global markets.

Speaking to BusinessLive, Tekmar Group’s CEO Alasdair MacDonald - who personally invested £50,000 via the placing - said the company has now been positioned for growth in a global offshore wind market that’s worth an estimated £22bn.

He said: “We’ve positioned ourselves - having done acquisitions - to grow further. We’re looking to organically double the size of the business in the next five years, as we declared in our strategic plan last July.

"Despite these choppy waters of the world economy, we feel we’re on the right road.

“We’ve restructured the team and the business to be engineering solutions led. I think we’re getting traction in the industry and among our investors in support of that strategy. It’s a positive growth story, and we’re going to grow that around a North East company.”

He added: “The shares at 45p demonstrate the commitment of the investors and them buying into our strategy and the team. We’re seeing larger contracts in play and the fundraise supports our ability to execute them.”

It follows Tekmar’s results for the 18 months to the end of September 2021 in which the business recorded a pre-tax loss of £5.8m.

Describing a “challenging operating environment” under pandemic restrictions, including shipping goods for delivery, supply chain constraints and cost control pressures, Alasdair said the business had learned lessons from 2021 and made appropriate changes.

He explained: “What’s going on with Ukraine at the moment will put further pressure on the market and cause uncertainty. We’ve learned the lessons from 2021 and we’ve put changes in place that will minimise these disruptions.”

Despite this, he is bullish about the company’s future - and pointed to a £20.3m order book and global opportunities.

Having diversified its offer in recent years via the acquisition of Subsea Innovation, Ryder Geotechnical and Pipeshield, he said Tekmar is now looking to capitalise on lucrative maintenance contracts as the offshore wind market starts to gather momentum.

Global offshore wind capacity is set to grow by 200GW in the next nine years, on top of the existing 40GW installed capacity - 25% of which is UK based.

He said: “The North East is building a great skillset around offshore wind - as demonstrated by us securing the Dogger Bank contract.”

Mr MacDonald added: “The US is committed to delivering 30GW of capacity by the end of the decade. 18GW of that capacity is currently in progress.

“The US market will largely adopt European technology and know-how that we’ve developed over the last 20 years.

“We’re seeing an increasing volume of opportunity in the Middle East and the scale of these opportunities is in line with the contract we were awarded in December.

“It’s a key focus in the growth strategy to support the Middle East market.”

He also said that Tekmar’s China base - which generated £7m revenue in 2021 - is expected to generate further revenue growth this year.