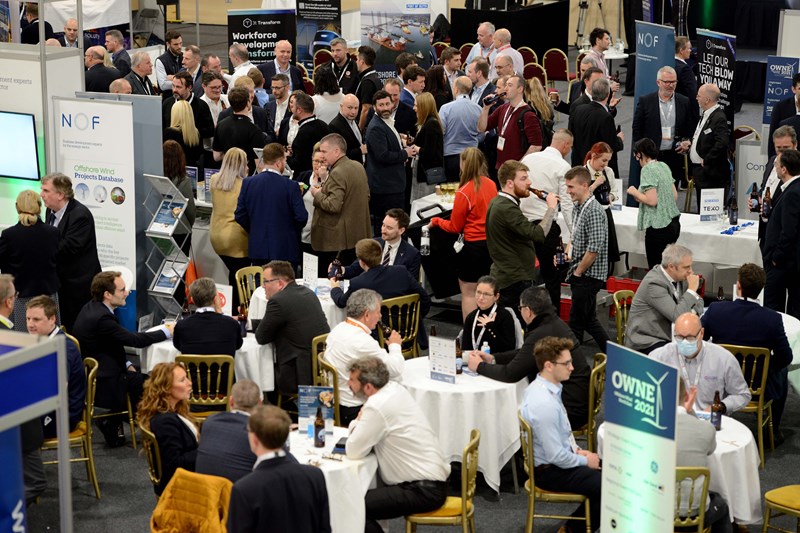 Offshore Wind North East, the national conference and exhibition that took place in North East England at the end of 2021, will generate an estimated £1.45m in new work for businesses in attendance.

Held in Sunderland at the start of December and organised by NOF and supported by North East England’s offshore wind cluster, Energi Coast, the event attracted around 750 delegates and 130 exhibitors.

At the event it was also announced that Moray West has selected the Siemens Energy/lemants consortium for the supply of the project’s two offshore substation platforms using Siemens Energy’s proven Offshore Transformer Module (OTM®) technology.

Iemants is a subsidiary of Smulders, alongside Smulders Projects UK, based in Wallsend, Newcastle.  The contract is subject to the award of a Contract for Difference in 2022 and Financial Close.  A key part of the selection was how the Siemens Energy/Iemants consortium will bring assembly and fit out of the OTMs to the Smulders Projects UK yard.

The announcement also included a supporting contract, through Siemens Energy, for Teesside-based Barrier Architectural Services, which will subcontract elements of the work to Darlington company MTE.

Joanne Leng MBE, Chief Executive of NOF, said: “Our members and the wider supply chain were extremely keen to see face to face events returning and we managed to do this for OWNE. Delegates really appreciated this and the feedback we have received, and news of new work secured also highlights the power of face-to-face interaction and networking at events like Offshore Wind North East to generate actual new business opportunities.

Delegate Ian Finch from Bureau Veritas, said: “Offshore Wind North East was a fantastic event where the supply chain was able to meet project developers and tier one contractors in order to deliver our country's Offshore Wind Projects safely, cost effectively and with as much local content as possible.”

Also in attendance was Alan Lowdon, Director of Strategic Development, National Offshore Wind Institute & Professor in Practice Durham Energy Institute and Board Director of NOF, who said: “The conference has rapidly established itself as the premier regional event for offshore wind in the UK. The vibe was excellent, and the focused project and operational insights are just what the supply chain needs. Highlighting the work of Energi Coast adds a further dimension to the event.”