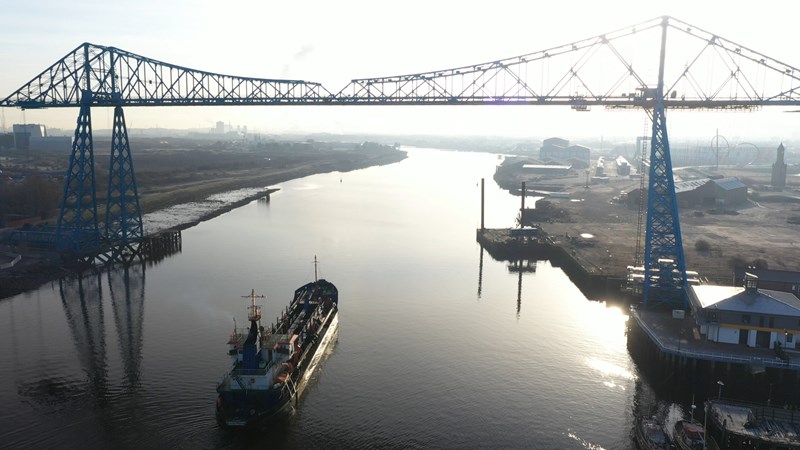 PD Ports, the Statutory Harbour Authority for the River Tees, has successfully rolled out a Port Community System (PCS) to improve efficiencies and boost the international competitiveness of Teesport and the River Tees.

After announcing its intentions to deliver on the digitalised solution earlier this year, PD Ports has continued to work alongside partners at Europe’s largest port, the Port of Rotterdam, to implement the PCS to support future trade growth on the River Tees.

The system, which provides users with a single, dynamic source of vital information including live shipping movements and weather data, has been incredibly well received with over 200 active users registered in just four weeks.

As the Statutory Harbour Authority, PD Ports is responsible for vessel traffic management and ensuring the safe navigation of vessels as they access Teesport and Paul Brooks, Harbour Master, explained how the system marks an important step in an ongoing journey of digitalisation at PD Ports.

“Throughout the development of the PCS, we collaborated with an extensive number of stakeholders, as well as our partners at the Port of Rotterdam, which has led to the successful roll out of the new system, ahead of schedule,” said Paul.

“The COVID19 pandemic highlighted just how important it is that businesses, especially within critical industries like the ports sector, embrace technology and accelerate digitalisation to ensure that supply chains are more resilient to potentially disruptive events.

“As a port, we are making significant progress with our plans to be a more flexible ‘smart port’, placing greater emphasis on secure, electronic data sharing, reducing risk whilst saving time and money for port customers whilst continuing to facilitate the smooth transition of trade to and from the UK.

“Within just four weeks we can already see the value of the PCS, with over 75% of users utilising the platform on a daily basis to access key real-time information as well as receive live notifications about the status of their vessel arrivals.

It’s fantastic to see how well the system has been embraced by the variety of services across the river including agents, boatmen and support services. The PCS is a very versatile tool that is enabling us to effectively manage the flow of cargo in a post-Brexit Britain whilst ensuring that Teesport remains the port of choice for global shippers moving goods in and out of the UK.”

PD Ports has worked closely with key stakeholders across Teesport throughout the development and implementation of the PCS to ensure that it was providing a system that best suited customer needs, holding multiple consultations and feedback sessions with users including Graypen, whose Agency Manager, Christian Melvin, was complimentary of the process.

“Graypen has been part of the consultation process for the new Port Community System from the outset and are really happy with the outcome now that the system has gone live,” said Christian. “The continued opportunity for input and ongoing conversations with PD Ports enabled us to feel very included in the process.

“Having been the first agents to initially trial the system in the opening month allowed us to uncover any bugs or suggest tweaks that we felt were needed and again, thanks to the dialogue with PD Ports, any potential issues were quickly resolved.

“We have now been using the system for a number of months and the process is extremely easy and has streamlined all of the pre-arrival documents to one place for our submission.

“The PCS is easy to navigate and has really improved the ease of communication between ourselves and PD Ports as the Statutory Harbour Authority. We look forward to seeing the system continue to grow as more time passes and more users become active as this will only improve things further.”

PD Ports will now hold two final workshops with river users in order to provide feedback to the PCS hosts, Port of Rotterdam, before further exploring how the system could be utilised across other areas of the business to provide operational areas with key information.

CEO of the North East Chamber of Commerce, James Ramsbotham, was also full of praise for how PD Ports’ commitment to digitalisation has enabled Teesport to continue to thrive despite the challenges of the past 18 months.

“It’s fantastic to see PD Ports continuing to lead the way on digitalisation in order to further boost the competitiveness of our region.

“During the last 18 months, as the country has grappled with challenges brought by Brexit and COVID19, we have seen how a lack of technology and an over reliance on people has slowed some business down whereas businesses who were already on a journey of digitalisation, like PD Ports, have been able to limit that impact. I have no doubt that this new system will only further enable Teesport to thrive.”