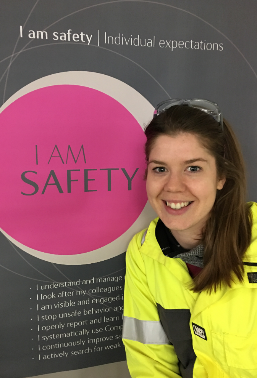 Mark Halliday has joined Equinor as Operations Director for the project and will be responsible for overall operations across the three phases of the wind farm. Mark has a long history and track record in the renewable energy industry including project and operational roles in both onshore and offshore wind.

Mark said: “I am delighted to join the Dogger Bank team and lead the operations phase of this pioneering project. That the world’s largest offshore wind farm is being built off the coast of North East England is a fantastic opportunity for the area and being from the region it’s great to see South Shields has been selected as the location for the O&M base. It’s a proud moment for me to take on this prestigious role and help build up local capabilities in offshore wind.”

Felicity Wann has been appointed as Dogger Bank Operations Leader, responsible for the engineers managing the day-to-day operations of the 3.6GW wind farm. Felicity has a strong background in offshore operations having worked at Equinor for around seven years in roles across health and safety, emergency response and services and logistics at the company’s Mariner Field, off the Aberdeen Coast.

Felicity said: “It’s a real honour to be part of such an important project, and I’m excited to get started. Securing this role demonstrates that skills and expertise gained from working in oil and gas can be transferred across to roles in the renewables industry, a really important message to convey as we will need thousands of people to deliver on the Government’s net zero and renewables targets. My parents are from South Shields so it’s great to be returning to an area I know well and I look forward to building up a strong team here to deliver a world-class project.”

Halfdan Brustad, Vice President for Dogger Bank at Equinor, said: “These are exciting positions which present the opportunity to shape the strategic operational direction for Dogger Bank and define sector-leading performance at the world’s largest wind farm. We want Dogger Bank to be a flagship digitalisation project, pioneering best in class across the sector and we are delighted to have both Mark and Felicity onboard to achieve this.”

Dogger Bank Wind Farm will be located over 130km from the North East coast of England, and will be able to generate around 5% of the UK’s electricity needs. The wind farm is being constructed by SSE Renewables in three 1.2GW phases; Dogger Bank A, B and C, and will be operated by Equinor from a new, sustainable base to be constructed at the Port of Tyne.

Onshore construction is well underway and offshore construction is due to begin in 2022. Whilst operations won’t commence until 2023, Dogger Bank Wind Farm has brought in these key operational roles from an early stage to work closely with the Prepare for Operations team and ensure the right people, procedures and processes are in place to deliver a project of this size.

Over 200 people will be directly employed on the project, with roles ranging from offshore technicians to engineers, planners and warehouse staff. Recruitment of some roles has begun however most roles will be open for application from 2022. These jobs will be advertised on the Dogger Bank Wind Farm website as well as Equinor’s careers pages and social media.