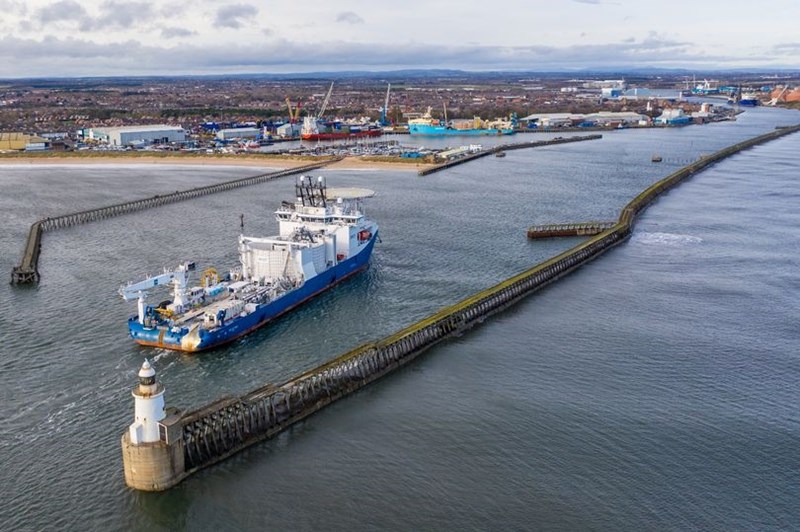 The port posted turnover of £21.9m driven by the main port operating business

The Port of Blyth has posted its second highest ever turnover, driven by the success of its main port operations against the background of the pandemic.

The port is home to some of the world’s leading offshore energy companies and regularly hosts high profile projects connected to North Sea oil, gas and renewables operations.

Now it has unveiled the robust set of finances for 2020 at its Annual Public Meeting, held online due to continued Covid-19 restrictions.

Adjusted operating profit, which excludes the impact of current and past service pension costs, almost doubled from £846,000 to £1.51m.

The port’s directors said the success came despite challenging global trading conditions, driven by growth across a variety of sectors but particularly offshore energy, with the port now recognised as a major strategic east coast base supporting the sector. Other trade handled includes containers, dry bulks including coal and aggregates, and marine fuels.

It said the major driver for these results was the main port operating business, which grew turnover to £11.92m, although its wholly owned forwarding and logistics subsidiary, Transped, also contributed £250,000.

Although overall volume of cargo handled in the year reduced to 650,000 tonnes, port chiefs highlighted a 32% increase of berth utilisation during 2020 as a more useful performance statistic.

It said containerised traffic at the Port’s South Harbour terminal grew for the fourth year in a row, and by 8% on 2019, primarily on the twice weekly service to and from Moerdijk in Holland.

Mr Lawlor said: “Given the unprecedented challenges of 2020, it is extremely satisfying to announce these positive financial results. A critical factor in this success has been the commitment of our “key workers” who performed brilliantly throughout the year, helping to keep ships trading and supermarkets stocked.”

The port’s chair, Geoff Hodgson, added: “To be able to provide such a positive statement is in no small part due to the commitment of the Port’s workforce, who as key workers have adapted to all that the year has thrown at them, from the usual demands of managing a busy port, to the added challenges presented by Covid-19 and Brexit.

"So, even more so than normal, in 2020 I am extremely grateful to them, along with my fellow Commissioners, whose continuing support gives me further confidence that the Port of Blyth will carry current success into a bright future.”