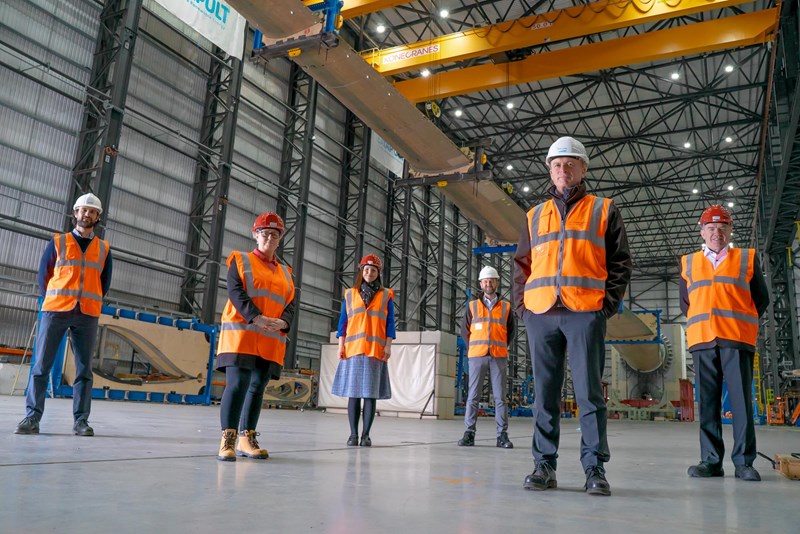 Tony, who has almost 40 years’ experience in the power generation industries, succeeds James Ritchie, CEO of Ritchie-Bland Energy, who has held the role since 2018.

Originally founded in 2011 by energy sector business development organisation, NOF, Energi Coast, strengthens the links between the supply chain and developers and contractors and ensures local projects such as Dogger bank Wind Farm and Sofia Offshore Wind Farm use as many regional suppliers as possible. The cluster also fosters a culture of innovation in support of energy transition and net-zero power generation.

Test and Validation Director at ORE Catapult, Tony is a leading figure in the UK offshore wind sector and will play an instrumental role in the relationships between developers and contractors and North East England’s extensive and experienced supply chain cluster.

In the past decade Tony has overseen the Catapult’s investment in the world’s largest wind turbine test facilities at the National Renewable Energy Centre in Blyth, Northumberland.

This includes the successful certification of LM Wind Power’s 107m blade – the largest offshore wind turbine blade to have ever been tested and certified.

In addition to his role as Energi Coast chair, Tony sits on the steering group for Energy Central with the aim of regenerating the area around the Port of Blyth and is the chair of the Institution of Mechanical Engineers’ Renewable Power Committee.

Tony Quinn said: “I am very proud to become chair of Energi Coast, which champions a passionate, experienced, and highly collaborative cluster of supply chain companies.  The cluster’s commitment to develop and apply innovative solutions to the industry is world-renowned and a reputation we continue to grow in our support of global offshore wind projects.

“I also want to pay tribute to James Ritchie who was instrumental in the expansion of Energi Coast following the establishment of the Offshore Wind Sector Deal and building the cluster’s close links with industry, academia, the public sector and government.”

George Rafferty, chief executive of NOF, said: “Having worked closely with Tony for a number of years, his knowledge and innovative approach will be a real asset to Energi Coast and help drive forward the ambitions of North East England’s offshore wind supply chain cluster.  As offshore wind formalises its position as a cornerstone of the low carbon economy this is an important period for the industry, presenting real opportunities for technology-led companies, which will be championed out of this region by Energi Coast.”