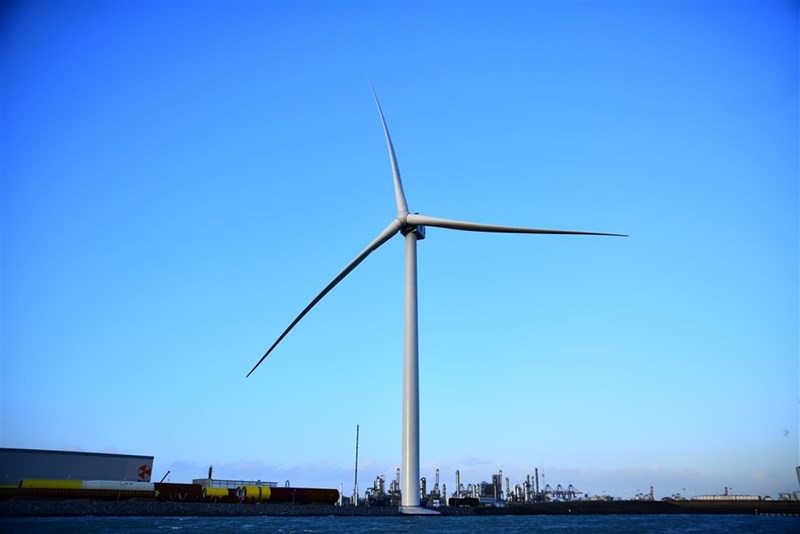 Tuesday 18 May 2021: Dogger Bank Wind Farm and GE Renewable Energy have today announced they have finalised contracts for the supply of turbines and a five-year service and warranty agreement for Dogger Bank C, confirming a total of 87 units of the 14MW Haliade-X turbine for the third and final phase of the world’s largest offshore wind farm.

These contract awards, which are subject to Dogger Bank C reaching Financial Close in late 2021, mean GE Renewable Energy is now confirmed to supply a total of 277 units of its ground-breaking Haliade-X turbine to all three phases of this world-class renewable energy project to be constructed off the north-east coast of England.

With the completion of all turbine supply and service contracts for the 3.6GW Dogger Bank Wind Farm, GE Renewable Energy has increased its estimate of UK green jobs it expects to create in support of the delivery and operation of all three phases of the project to around 470 – almost twice the 240 estimate announced last September.

These new roles bring the total number of UK jobs that will be created to support the delivery and operation of Dogger Bank Wind Farm to almost 3,000 so far.

As previously announced, the A and B phases of Dogger Bank Wind Farm will be the first to install GE’s Haliade-X 13 MW, following a record-breaking order for 190 turbines. Today’s announcement confirms an additional order of 87 upscaled Haliade-X 14 MW turbines for Dogger Bank C. Turbine installation for Dogger Bank C is set to begin in 2025 ahead of completion of the overall project in 2026. The contracts mark the first commercial commitment for this ground-breaking turbine, as well as the first time ever a 14MW Haliade-X will be installed in the world. One spin of the Haliade-X can generate enough electricity to power a UK household for more than two days.

“This is an exciting milestone and marks our continued progress towards financial close for the third phase of the wind farm, expected later this year. We’re particularly proud that through our confirmation with GE of turbine contracts for the delivery of all three phases of Dogger Bank Wind Farm, the project will be responsible for the creation of hundreds more green UK jobs, both during construction and through to servicing. We now look forward to continuing our close collaboration with GE on this phase of the project and to demonstrating how the impressive Haliade-X technology can be installed safely, efficiently, and on a significant scale for the first time, during delivery of our world-class offshore wind project.”

“We are delighted to have passed yet another milestone in our collaboration with Dogger Bank with the finalization of the supply and service contracts for Dogger Bank C. Bringing the Haliade-X 14 MW to the third phase of the project proves that GE has the technology and know-how to address the fast-paced changes in the offshore industry. With all contracts signed, we are now looking forward to the next phases of our collaboration with Dogger Bank. Together, we will make a big contribution to the ever-accelerating energy transition in the UK.”

“This contract award represents much more than good progress on the project. It shows innovation, confirming Dogger Bank will be the first project to install the latest models of powerful turbines. It shows how Dogger Bank is creating highly skilled jobs in the North of England, across the construction and operation phases of the wind farm. It shows continuation of a strong, collaborative relationship between us and our partners, SSE Renewables, and our supplier GE Renewable Energy. Dogger Bank is truly a world-leading project and we look forward to working with our partners and suppliers to deliver this project to the UK.”

The 470 jobs being announced today by GE to support delivery of Dogger Bank A, B and C are almost twice the number of roles which the company said last September it expected to create associated with turbine installation and servicing.

The increased estimate of 470 roles is made up of around 300 skilled roles for installation and commissioning activities across all three consecutive phases of Dogger Bank Wind Farm and 170 servicing roles under GE’s five-year Service and Warranty Agreements for Dogger Bank phases A, B and C.

The 300 construction roles will be based out of locations across the north-east of England to be announced by GE in due course and include the 120 construction jobs already announced at Able Seaton Port in Hartlepool.

GE’s 170 full-time turbine servicing jobs for Dogger Bank phases A, B and C will be based out of the Port of Tyne. These jobs include the 120 servicing roles previously confirmed by GE last September for phases A and B of Dogger Bank, plus an additional 50 new roles thanks to the five-year Service and Warranty Agreement for Dogger Bank C. GE’s full-service agreements will begin as each phase of the wind farm is commissioned, beginning with Dogger Bank A in late 2023.

A total of 200 roles will be needed to operate and maintain Dogger Bank Wind Farm. Under the five-year Service and Warranty Agreements, 170 of these will initially be employed by GE Renewable Energy. The remainder of operational and maintenance roles will be employed by wind farm operator Equinor and will include management, engineers, planners, administration and health and safety personnel. All Equinor and GE personnel will be co-located at Dogger Bank’s operations base at Port of Tyne for the five-year duration of the Service and Warranty Agreements.

Dogger Bank Wind Farm is located over 130 km off the north-east coast of England and each phase will be able to produce 6TWh of renewable electricity, totalling 18TWh annually, when complete in 2026, equivalent to powering six million UK homes each year or around 5% of the UK’s electricity demand. Due to its size and scale, the site is being built in three consecutive phases; Dogger Bank A, Dogger Bank B and Dogger Bank C.