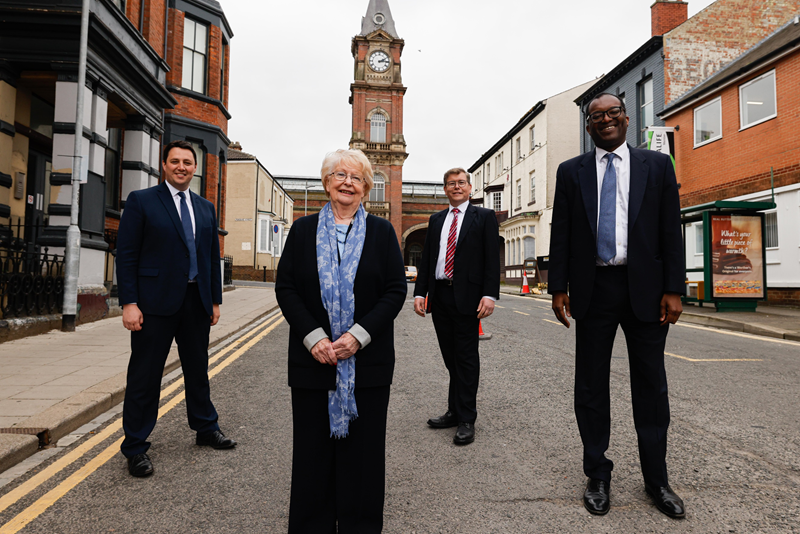 More than 100 new civil service jobs will be moved to Darlington it was revealed today (19 May) as Mayor Ben Houchen entered new talks to supercharge investment in the region.

A total of 125 roles in Government’s Department for Business, Energy and Industrial Strategy (BEIS) will be relocating to Darlington, adding to more than 1,250 staff coming from the Treasury and Department for International Trade (DIT) as part of Government’s Northern Economic Campus, announced in March.

The roles will be created over the next four years as and when existing roles become available, meaning that local people could also take advantage of these jobs.

BEIS is responsible for areas including business growth, industrial policy, renewable energy, science, research and development, all of which are central to the region’s economy and the ambitions for Teesworks, the UK’s largest Freeport.

The news came following Mayor Houchen’s meeting with senior DIT staff on Monday to further highlight the region’s appeal to international businesses, accelerate plans for investment and create a “trade and investment powerhouse”.

Tees Valley Mayor Ben Houchen said: “Today’s announcement is fantastic news that will bring further good-quality, well-paid jobs to Darlington and shows the next generation that you don’t need to move away to secure a successful career.

“The move further cements the position of the new Darlington campus at the centre of Government policy, giving us Whitehall’s ear like never before.

“As home to the UK’s largest Freeport, we’re securing investment and working with companies all around the world. Having the Department of Business join Treasury and DIT colleagues here means we have three key departments we need to create new businesses and jobs across our region as quickly as we possibly can.”

Business Secretary Kwasi Kwarteng said: “We are doubling down on our commitment to level up every region of the UK, so that every part of the country can share in the UK’s future prosperity.

“Our policy developers and decision-makers should reflect the communities they serve. Relocating these Civil Service roles will ensure central government hears the voice of local communities louder and clearer than ever before, while creating hubs of economic opportunity and growth across the UK.”

Liz Truss, Secretary of State for International Trade, said: “It was great to have Ben as one of our first guests in to the department after the local elections, talking about how we use the power of trade and investment to bring new high skill, high paid jobs to the heart of Teesside.

I was delighted to introduce Ben to our new director of Trade and Investment North, Paul McComb, who will be overseeing our ambitious plans to create a new trade and investment powerhouse based in the centre of the Tees Valley.”