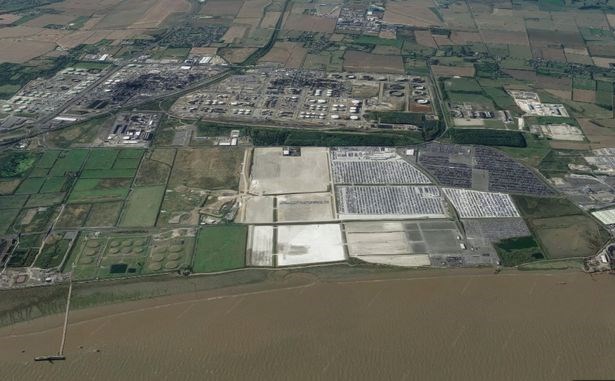 Prime Minister Boris Johnson has told how there is “no better place in the world to build a new offshore wind port” than the Humber after confirming the £75 million investment in Able Marine Energy Park.

Work will begin later this year on the infrastructure at North Killingholme, where 3,000 jobs could be supported, as quayside facilities are ramped up to meet the demands of quadrupling capacity to 40GW.

Announced in the Budget, the huge South Bank development pre-dates the Conservatives coming to power, with then Energy Secretary Ed Miliband first to encounter the £450 million concept back in 2010.

Of the “big space in the right place”, consented six years ago, Mr Johnson said: “The Humber is already home to the largest offshore wind farm in the world, so there is no better place to build a new offshore wind port and drive forward our green industrial revolution than on the River Humber.

“With £75 million invested by the government, the Humber will continue leading the way in producing clean energy, creating thousands of jobs and harnessing the skills and expertise of this great industrial heartland as we build back greener.”

The cash is described as giving the Humber a “second wind” while being the first major step in the 10-point plan unveiled in the autumn.

Grimsby is already home to the world’s largest operations and maintenance cluster, with six wind farms already served, while across the river, at Hull, Siemens Gamesa’s huge blade plant and the Green Port pre-assembly facility operate. It also has plans to double in size.

Energy Minister Anne-Marie Trevelyan said: “The River Humber has long been the economic artery for the North of England and a key trading link to the rest of the world, supporting jobs and some of the UK’s biggest industries.

“This new port will be at the forefront of the Britain’s green industrial revolution and provide new opportunities for the region to be at the epicentre of offshore wind manufacturing – creating thousands of jobs and bringing new investment to the area.”

As reported, AMEP will have the capacity to house up to four manufacturers to support the development of the next-generation of offshore wind projects, substantially boosting the UK’s offshore wind base. An agreement with one is already in place.

Peter Stephenson, executive chairman of Able Group, had told of the 12 years of "dogged perseverance" when it was included in Chancellor Rishi Sunak's Budget speech last week. He said: “The Government has set clear policies that provide the offshore wind sector with far greater certainty and market visibility.

“At the same time the sector itself has responded with remarkable innovations and cost reductions which now see it successfully competing with other energy sources.

“We will seek to maximise the benefits, locally and nationally, through increased UK content, new jobs and new opportunities for local businesses.”

A target of 60 per cent UK content has now been set for the industry, with the freeport status also flagged as encouraging free trade and investment through lower taxes and cheaper customs.

AMEP is a designated zone within the Humber inclusion.

Government is also investing £20 million in the North East, with Teesworks Offshore Manufacturing Centre to be home to a GE blade plant. Officials from the US giant are understood to have toured the Humber previously.