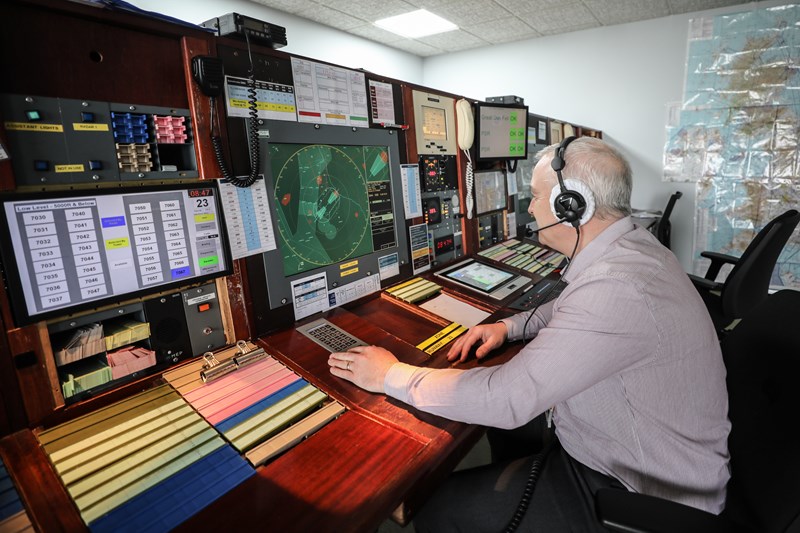 It is the first of its kind in the UK to be used as a full surveillance radar and will replace the old system that was originally commissioned in October 1987. While still fully operational and widely used, the ageing technology was getting more expensive to maintain.

The new radar will be used to monitor the airport’s 215 cubic miles of airspace, is fitted with technology to prevent interference from wind farms and will be futureproofed for decades to come. The old system will continue to run in the background for 30 days as the new one gets fully up and running.

This is the latest improvement to take place at the airport, alongside a full terminal redevelopment, ahead of an expected increase in passenger numbers this summer. More travellers are expected to come through Teesside Airport’s doors thanks to a partnership with Loganair serving a number of domestic routes, securing low-cost carrier Ryanair for flights to Alicante and Majorca starting in June and the return of TUI to the airport who will start flying from Teesside in Summer 2022.

It comes at the same time a host of jobs are being advertised at Teesside International, for an assistant to its executive team plus four general airport operatives. Securitas, based at the airport, is also looking to recruit new aviation security officers for its team.

Tees Valley Mayor Ben Houchen said: “It’s great to be able to highlight yet another positive change at the airport with this new radar equipment, especially as it’s a vital piece of kit that keeps us all safe as our airspace gets busier, but it’s one that most people won’t know about.

“A lot has been made of the major changes we’re making to the terminal building and how that will make sure our passengers have a great experience when flying with us, but there’s lots happening behind the scenes too.

“To have an airport fit for the 21st century that local people can be proud of, you need to invest in the best technology and systems possible to keep everything as efficient and safe as possible. That’s what we’ve done with our new bag and body scanners and that’s what we’re doing here too. There’s no point giving our airport a new look if we’re still running on outdated, ageing equipment.

“To make sure things run even more smoothly when we can reopen fully for passengers, the airport is also recruiting for more new staff and is working with Securitas as they expand operations here. I have always said that our airport is a key part of my plan for jobs and building our economy, these jobs, along with the others that we have created show how supporting our airport is putting more money in the pockets of local people for them and their families. These are good-quality jobs that we can create now that the future of the airport is secure and brighter than ever.”

Paul Rankin, Director of Fire Safety & Aviation at Securitas said: “As the airport’s exciting new routes start and the airport facilities develop, Securitas will be recruiting additional aviation security officers.” He added: “New positions will be advertised locally for security roles commencing this summer which will provide a great opportunity to start a new and exciting security career at Teesside International Airport.”

To find out more about how you can join the Teesside Airport team, visit www.teessideinternational.com/jobs