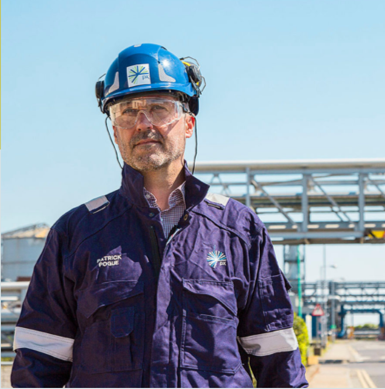 Patrick Pogue, px Group’s Group Commercial Development Director, has been appointed to the board of NOF, one of the UK’s leading business development organisations for the energy sector.

Patrick, who joined px Group six years ago, joins NOF’s board immediately. The Board provides vital industry insight and expertise to NOF’s operational team, helping it to develop strategies and services to meet the requirements of its network of members and strategic partners.

Patrick’s appointment is part of NOF’s continued strategy to help drive the transition of the supply chain towards supporting a low carbon economy. Patrick played a key role in px Group’s acquisition of Saltend Chemicals Park in 2018, and has been instrumental in the growth of the Park – and the company – ever since.

Saltend has a range of world class energy businesses on site and is fast establishing itself as a key UK location for the energy transition. Saltend will be home to H2H Saltend, the flagship project of the Zero Carbon Humber project that was given the green light earlier this year, and will also host Pensana Rare Earths, the first rare earths processing facility – critical to the electric vehicle and wind turbine industries – in the UK.

Patrick Pogue comments: “I am delighted to join the NOF board.  NOF is playing a key role in helping the energy industry decarbonise.”

“The energy transition is happening now and I’m really looking forward to sharing with NOF the best practice, expertise, and techniques that will allow us to decarbonise and reach Net Zero in a safe and efficient way. The energy transition requires all of us across the energy industry to work together – NOF is expertly facilitating that.”