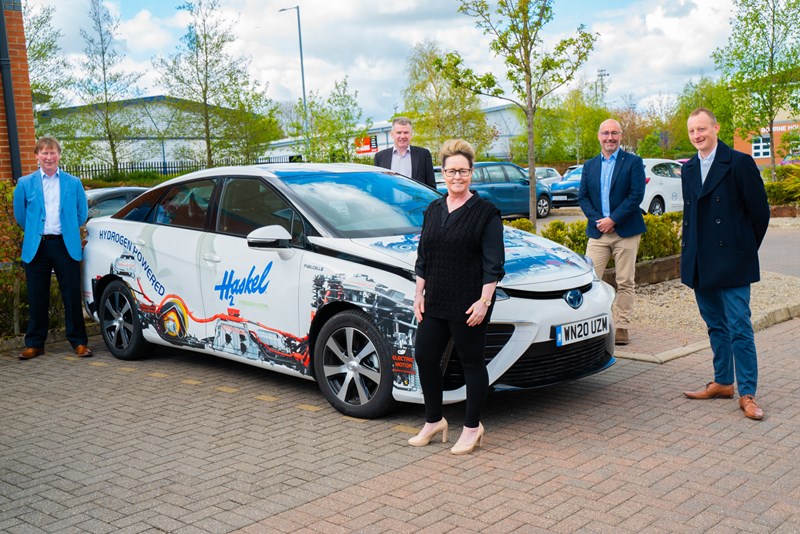 NOF, the UK business development organisation for the energy sector, has announced the appointment of three new board members, as it continues its strategy to drive the transition of the supply chain towards supporting a low carbon economy.

Patrick Pogue, Stephen Learney and Tom Nightingale bring extensive experience from key areas of the energy sector in support of NOF’s future strategy and growth ambitions in support of its members.

Patrick Pogue is from award-winning px Group, which manages, operates and maintains some of the UK’s largest industrial facilities, and owns the world-renowned Saltend Chemicals Park at the heart of the UK’s Energy Estuary.

With more than 20 years’ experience delivering growth and investment in chemical and infra parks, including inward investment both in the UK and Europe, Patrick was key to px’s acquisition of Saltend Chemical Park from BP in 2018 and continues to drive growth at the site today.

He is leading px’s role in the clean Hydrogen plant H2H Saltend, Zero Carbon Humber projects and other energy transition investments at Saltend.

Stephen Learney is Vice President and General Manager of Haskel, a business of the Precision and Science Technologies Segment at Ingersoll Rand, manufacturer of high-pressure pumps, compressors and related test and process equipment, including Hydrogen refuelling stations.

Stephen began his career as a research and development scientist with Procter & Gamble, before working for GE for 15 years in the UK and The Netherlands, progressing through roles in sales, marketing and international product management.

Since 2014, he has been leading Haskel on a global scale.

Tom Nightingale is North East Stakeholder Manager at Equinor, which has been operating in the UK for over 35 years and has its headquarters in Norway.  He recently joined Equinor’s renewables division, where his focus is on Dogger Bank, the world’s largest offshore wind farm.

Prior to this, Tom has held various marketing, communication and business development roles in the energy supply chain.  He has supported the growth of businesses including TechnipFMC Umbilicals, JDR Cables and Baker Hughes and helped to attract inward investment to the region.

Tom represented JDR Cables on the Offshore Wind Industry Council where he was an advocate for the supply chain and increasing UK content.  At this time, Tom also worked with NOF to deliver the first Offshore Wind North East conference.

The board provides vital industry insight to NOF’s operational team, helping to develop strategies and services to meet the requirements of its network of members and strategic partners.

With close to four hundred members, from across the energy supply chain including operators, developers and tier 1 contractors NOF is embracing the changing energy landscape to enable supply chain companies to transition from traditional sectors into emerging markets such as offshore wind, hydrogen and carbon capture and storage.

George Rafferty, chief executive of NOF, said: “The NOF board has always been instrumental in advising on the evolution of the energy industry and our evolving business model, providing invaluable insights to shape the support we provide to members.   Tom, Stephen and Patrick all come from diverse, but essential parts of the energy industry that are key to achieving a low carbon future.

“With the UK government’s ambitions to create a net-zero economy, NOF is committed to helping our members and industry contribute to the energy transition agenda, which will in turn enable them to develop sustainable business opportunities for their companies.”

The Port of Blyth has officially launched a £1m Wind Turbine Training facility complete with a full...