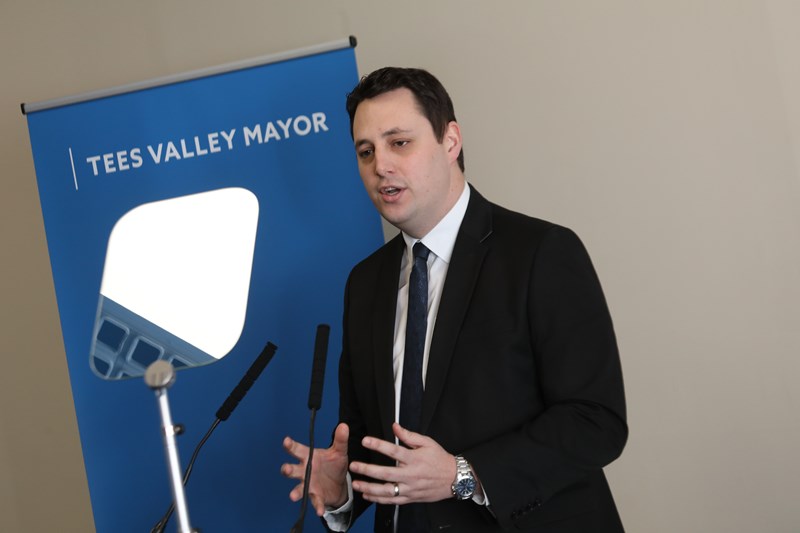 A programme which helps unemployed people get back into work is going from strength to strength since it was expanded last year by Tees Valley Mayor Ben Houchen, working with more than 3,200 people and supporting 670 into new jobs.

The £7.5million Routes to Work scheme was initially created to help those aged 30 and over, with some of the most complex barriers to employment, secure new jobs.

In October, in response to the coronavirus pandemic, Mayor Houchen pledged an extra £900,000 in funding which has allowed the scheme to cover anyone aged 16 and above and keep it operational until March 2022 - a move which is already paying off for local people.

One young person it has helped is Corey, 19, who wanted to get a career in the scaffolding industry. After working in various labouring roles, in 2019, Corey got his Construction Skills Certification Scheme card and wanted long-term career progression.

His key worker, Ruth, encouraged him to look at different opportunities including traineeships and apprenticeships and together secured him a traineeship in a local scaffolding film. Routes to Work helped pay for his PPE including hard hat, hi-viz and safety boots, which was vital to assist the small business which had been hit hard by the coronavirus pandemic.

The firm, along with Routes to Work, is now working to secure Corey an apprenticeship as its owner Peter said Corey is doing “an amazing job, keen, on time and thriving while learning the basics”. Corey added he’s very happy with the support he’s received because without it, he wouldn’t have had this opportunity to succeed.

Mayor Houchen said: “Stories like Corey’s show the real-world transformational impact schemes like Routes to Work are having on people’s lives – and I’m pleased we’ve been able to help hundreds more like him.

“Young people just starting out in their careers were badly affected by coronavirus so something had to be done to make sure they could be supported back into good-quality, well-paid jobs right here in Teesside, Darlington and Hartlepool and that’s one of the reasons it was vital to keep the scheme going.

“When we launched the scheme, we were aiming to work with 2,500 people and get 375 back into jobs by March this year, and we’ve smashed that target, almost doubling the number of individuals back in work.

“The programme’s also indirectly backing our brilliant businesses by making sure would-be employees are equipped with both the skills and practical support they need to get to work and do their jobs properly.”

Another young person who used Routes to Work initially indicated they would be happy working in security but following an analysis of their skills, hobbies and interests found they would also be suited to becoming a Teaching Assistant for children with autism. They are now successfully enrolled onto a teaching assistant work academy with job opportunities on completion.

For more information about the Routes to Work programme, visit teesvalley-ca.gov.uk/routes-to-work