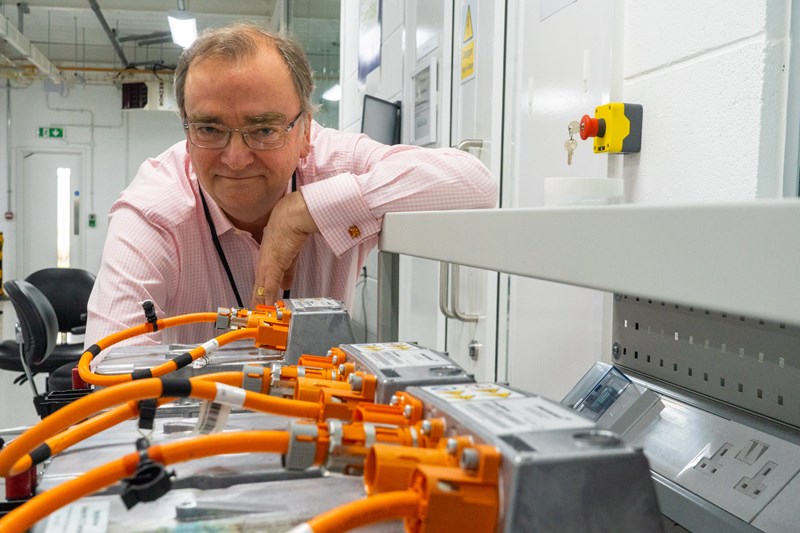 The addition of Cramlington-based AVID comes only one month after the company launched its transport division with the acquisitions of Hyperdrive Innovation Ltd. and the engineering technical center of BorgWarner Gateshead Limited - all based in the North East region of England. Turntide now offers full electrification capabilities that deliver one-stop powertrain, intelligence, efficiency, and control to the most critical industrial and commercial vehicles to help meet global net-zero goals.

“While automakers are making strides to reduce carbon with electric passenger cars, the most difficult sectors to decarbonize, such as commercial and industrial vehicles in rail, marine and aerospace, are far behind,” said Ryan Morris, Turntide’s Chairman and CEO. “The AVID acquisition completes our end-to-end offering for the electrification of commercial and industrial vehicles and puts us on a path to eliminate the need for rare earth magnets in EV as we develop our motor technology for the transport market.”

Turntide’s patented Smart Motor System™ may reduce energy consumption by nearly 64% and is free of the environmentally damaging rare earth minerals that most higher-efficiency permanent magnet motors require. This is critical as more electric vehicles enter the market and the demand for rare earth magnets dramatically increases and faces a potential shortage.

AVID designs power electronics and motors used in electric and hybrid vehicle powertrain systems - such as pumps, fans, and propulsion - for vehicles such as construction machinery, heavy-duty buses, trucks, off-highway machinery, and propulsion robotics. By combining the Smart Motor System with acquired electric vehicle technology, Turntide has deepened its technology stack around the motor that includes the inverter, electronics, vehicle control unit, and battery management system.

“This deal is part of Turntide’s multi-year investment in the North East region of England known for its decades of innovation in the electrification industry,” said Matt Boyle, OBE, Managing Director of Turntide Transport. “Combining AVID’s technology with the Smart Motor System will allow Turntide to simplify and smooth a path to sustainable transport.”

Mark Lazenby, head of corporate at Square One Law, which advised Turntide Transport on the acquisition, said: “The pace of Turntide’s acquisition strategy is a clear demonstration of its ambitions to maximise the innovation and technical expertise that exists in the North East.  The diversification of the capabilities of companies like AVID Technologies into the commercial and industrial electric vehicle sector will have positive implications for the environment and the sustainability of the supply chain, but also for the high-quality jobs it will create and retain.”

To learn more about Turntide and the Smart Motor System, please visit turntide.com.