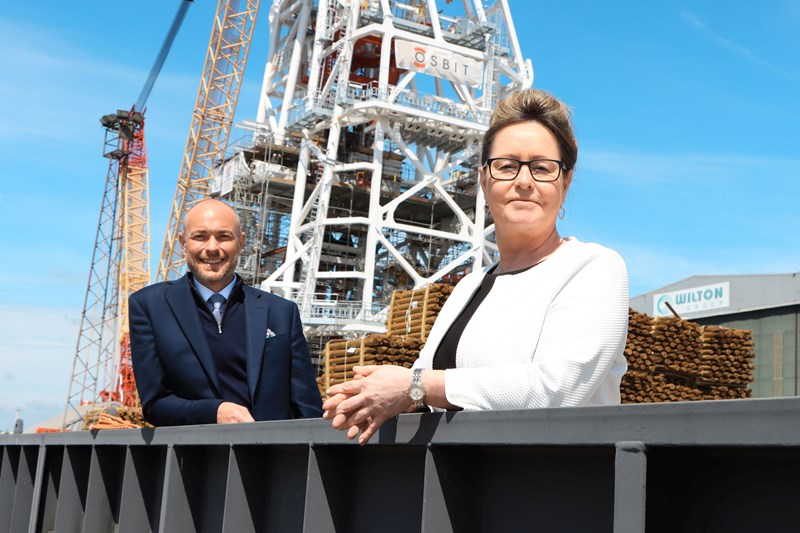 The board of NOF has announced that Joanne Leng MBE will become Chief Executive of the UK business development organisation for the energy sector in January 2022.

Joanne, who is currently Deputy Chief Executive, will succeed George Rafferty who has led NOF for 16 years.

She is highly regarded in the energy industry, having worked for NOF for 25 years, developing its unique culture in supporting members, expanding the service offering and playing an instrumental role in the growth of its international global network of members and partners.

Joanne graduated from the University of Sunderland and immediately joined the organisation in 1996 as Export & Marketing Advisor.

Over many years she has taken on various Management and Director roles within the business around events, marketing, business development and successfully set up an Export Club, which saw the organisation become a leading player in international market support.

She was awarded an MBE in the Queens New Year’s Honours in 2011 for her contribution to the oil & gas industry. Since then, she has also built up a strong network in offshore wind and works with many leading businesses in this sector to help bring supply chain opportunities to the NOF network.

A staged handover of the Chief Executive’s position will take place over the coming months. The board has also invited George to take on a new role, Director of Strategy and Growth, to support the development of NOF’s contribution to the energy transition.

Andrew Mills, Chairman of NOF, said: “The board was unanimous in its decision that Joanne is the ideal candidate for NOF Chief Executive, and I am delighted she will take on the role.

“When George informed the board in October last year of his intention to step back from the Chief Executive role, we were keen to focus on succession and maintain continuity within the organisation.

“Joanne’s expertise and well-established relationships within the industry and with key stakeholders will ensure that NOF maintains its high quality of support to members with their business development activities as part of the energy transition.

“We were also keen to continue to benefit from George’s expertise and experience with NOF and we are pleased he has accepted this newly created role.”

Joanne Leng MBE said: “I am incredibly proud to be chosen by the board to become Chief Executive, to lead the organisation and take the business forward working with a dedicated team.

“NOF has become a highly collaborative and proactive organisation with a strong, supportive and loyal network of members and partners, which are dedicated to innovation and sustainability within the energy sector. Keeping members at the heart of everything we do at NOF will remain priority for me going forward.

“I am pleased that George will continue to be part of NOF as his input will be invaluable going forward and I want to thank him on behalf of our team and our members for his service as Chief Executive.”

George Rafferty said: “I am confident that the team, under Joanne’s leadership, will continue to push the organisation forward and build on the national and international platforms we have created for NOF and its members over the past 16 years.

“I wish her every success as Chief Executive, and I am pleased to take on this new role created by the board to support the continued development of our strategy and growth and in support of our members’ own ambitions.”