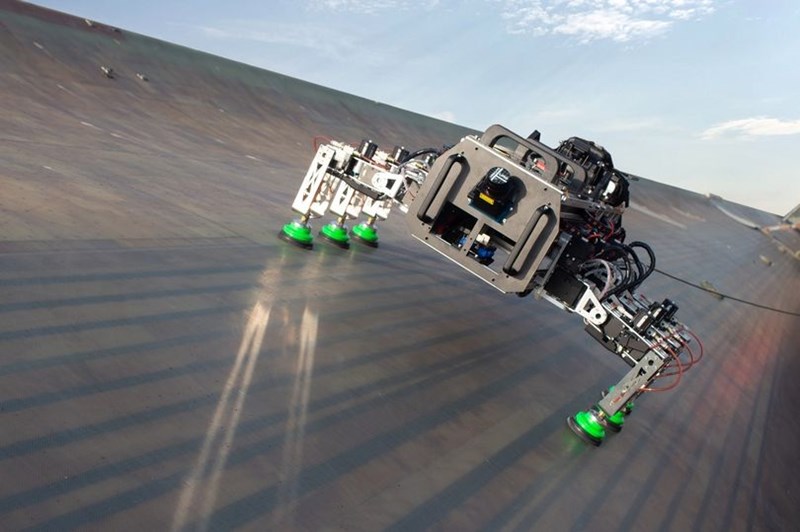 A pioneering test centre for emerging robotics technology in Northumberland is set to move forward after receiving £3m in Government funding.

The facility will ramp up the demonstration, testing and evaluation of new technologies and will also provide links with ORE Catapult’s team of experts in research, innovation and operational maintenance.

It will have both onshore and offshore demonstration facilities, which will help the likes of SMEs, universities and other developers of new technologies to bring forward new products to market.

The centre is one of 18 projects in the North East to be awarded cash from the Government’s Getting Building Fund, which is managed in the region by the North East Local Enterprise Partnership (LEP) and is designed to get major infrastructure projects moving quickly.

Gillian Hall, chair of the North East LEP Innovation Board, said: “This new test site will put the North East at the centre of robotics innovation for the offshore industry, helping to develop new technologies which have the potential to be used worldwide.

“The Getting Building Fund is there to create new jobs and help the economy recover from the impact of the pandemic, and this project will brings jobs and investment to the region, helping to build a stronger, more sustainable North East.”

Matthew Hadden, deputy head of delivery at ORE Catapult, said: “As the offshore renewable sector continues to grow, some of the largest costs are carrying out inspections, maintenance and installation activities offshore. It’s expensive and potentially dangerous.

“There’s a role for robotics to play in improving these processes and a real drive within the industry to adopt this new technology over the next five to 10 years - our aim is to support and accelerate innovation in robotics here in the North East, and see it in action in UK waters.”

“We have an incredibly strong offshore and subsea energy sector in the North East, particularly in oil and gas, and the RAS Test Site will play a big role in our ability to support the transition to renewables. This funding from the Getting Building Fund is vital in bringing forward new technologies developed in the North East,” added Matthew.

The North East LEP region was awarded £47m through the Getting Building Fund, with the North East Local Enterprise Partnership increasing the fund to £55m by releasing an additional £8m from the North East Investment Fund.

The projects put forward for the North East LEP area are expected to create more than 4,000 construction and permanent jobs and unlock more than 204,000sqft of commercial space, help more than 3,000 learners, improve or construct 4.2km of roads, cycle lanes and walkways, and further strengthen the North East’s green energy sector.

Projects included include improvements to the Newcastle-Gateshead riversides, a smart city project in Sunderland and backing for the Northumberland Energy Park.

A £5.7m scheme to move the North Shields ferry landing to the town’s fish quay has already been announced, along with £3m for Bedlington town centre regeneration and £3.5m for town centre work in North Shields.