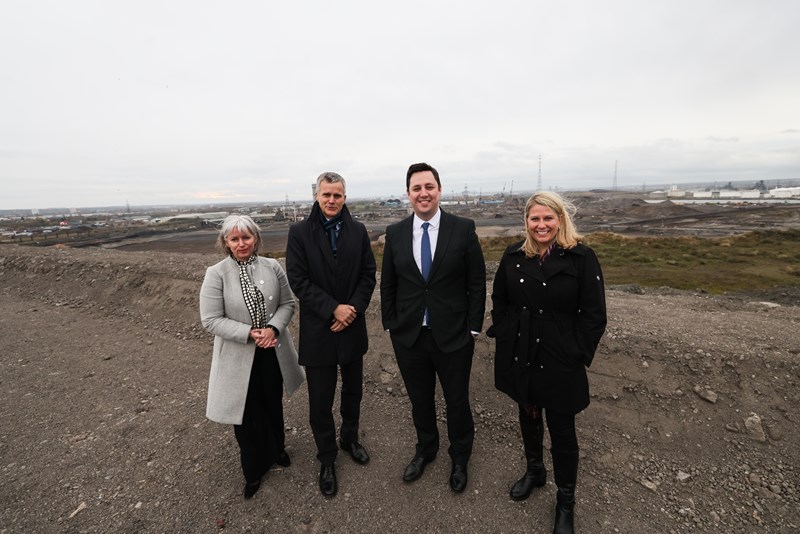 Tees Valley Mayor Ben Houchen has today (29 November) welcomed the announcement by bp that it plans to bring a new large-scale green hydrogen production facility to the region.

HyGreen Teesside is set to be developed in multiple stages, targeting around 60MWe of green hydrogen production by 2025, potentially rising to up to 500Mwe by 2030, in line with demand.

Blue hydrogen converts natural gas into hydrogen and carbon dioxide, with the CO2 produced set to be captured and taken for subsea storage via the Northern Endurance Partnership carbon capture, utilisation and storage project which will also serve bp’s Net Zero Teesside power plant. Green hydrogen is that which is generated by renewable energy, leading to even fewer carbon emissions when produced.

The combined 1.5GW capacity of HyGreen Teesside and H2Teesside could deliver 30% of the UK Government’s target of developing 5GW of hydrogen production by 2030.

They will bring good-quality jobs in both the construction and operational phases, and support local education, skills development and the hydrogen supply chain, with HyGreen Teesside helping fuel the development of our region as the UK’s hydrogen transport hub.

Tees Valley Mayor Ben Houchen said: “This is yet another coup for the region as we lead the UK in creating the cleaner, safer and healthier jobs and communities of the future. It will help create well-paid, good-quality jobs for local people, as well as giving them the skills they need to have rewarding careers in the industries of tomorrow.

“We’re quickly becoming the go-to place for innovation in the hydrogen sector, thanks to our status as the UK’s first Hydrogen Transport Hub and bp’s commitment to other schemes, such as H2Teesside. A second, even more low-carbon, hydrogen production project in HyGreen Teesside will further mark us out as a clean energy powerhouse.

“Whether it’s hydrogen, carbon capture, utilisation and storage or offshore wind, Teesside, Darlington and Hartlepool has the know-how, sites and ambition to deliver.”

The news came just days after number of bp VIPs visited the region, including bp Chairman Helge Lund, for a visit to the Teesworks site and the location of Net Zero Teesside.  A final investment decision on the HyGreen Teesside project is expected in 2023.

Louise Jacobsen Plutt, bp’s senior vice president for hydrogen and CCUS, said: “Low carbon hydrogen will be essential in decarbonizing hard-to-abate industrial sectors including heavy transport. Together, HyGreen and H2Teesside can help transform Teesside into the UK’s green heart, strengthening its people, communities and businesses. This is exactly the type of energy we want to create and more importantly deliver.”

Transport Secretary Grant Shapps said: “This exciting project builds on our ongoing development of hydrogen in the area through the Tees Valley Hydrogen Transport Hub. It’ll help pave the way for its use across all transport modes, creating high-quality, green jobs in the process.

“This is excellent news following the recent COP26 summit and I look forward to supporting industry to develop new technologies as we build a cleaner transport system and work towards a net-zero future.”