Dogger Bank will be world’s largest offshore wind farm, with a capacity of 3.6GW

Dogger Bank will be constructed in three 1.2 GW phases: Dogger Bank A, B and C (previously known as Creyke Beck A, Creyke Beck B and Teesside A respectively)

Consent was granted in 2015, with the projects receiving record low Contract for Difference Strike prices

o Is the only wind turbine to have ever generated 288 MWh in one single day; a new world record! 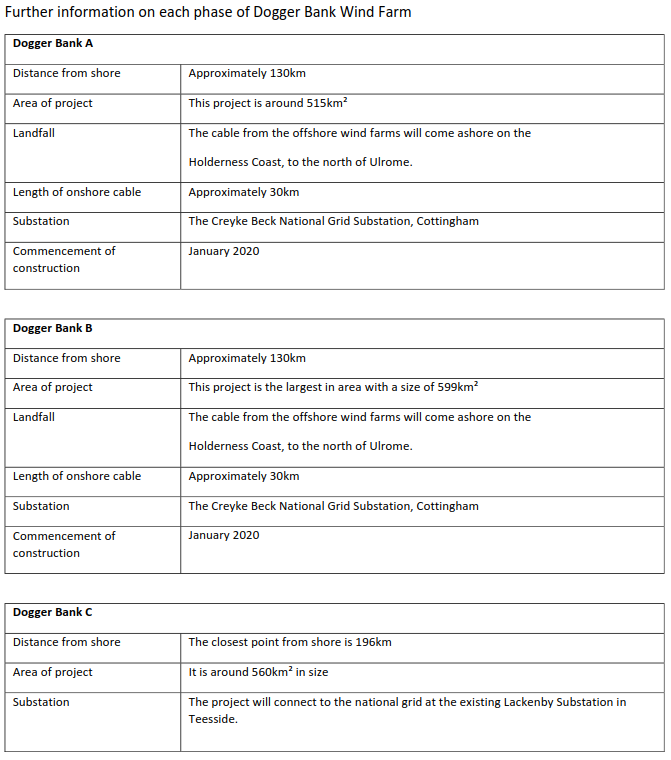