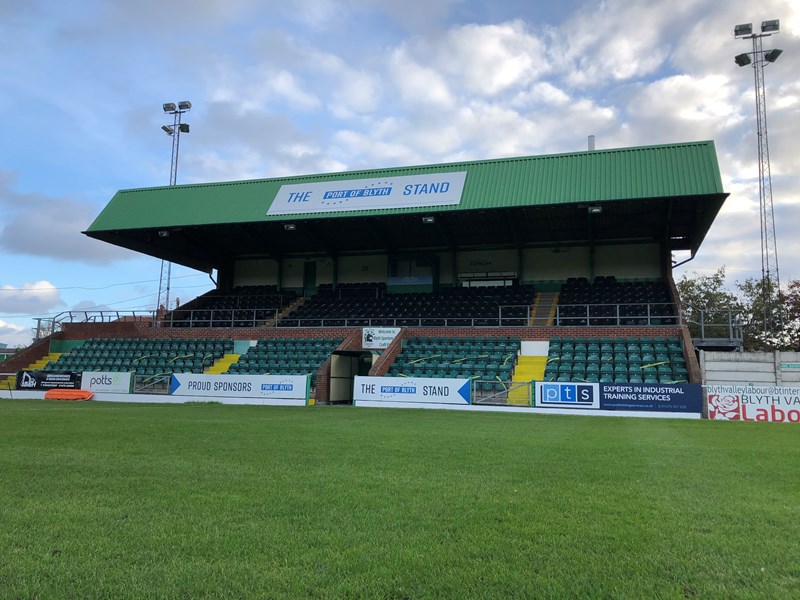 Long-time Blyth Spartans AFC sponsor Port of Blyth has announced a new structure to its support for the National League North club.

Whilst continuing in its role as a major sponsor vital to the first team structure (including sponsorship of the main stand), the Port is now a grassroots football partner of the club with a dedicated focus on promoting health and well-being in the community.

This new arrangement will help to promote grassroots football activities including junior participation, youth development and the more recent addition of walking football to the club. As a Trust Port, the Port of Blyth delivers a wide reaching community strategy via support for a range of organisations that promote health and welfare, community cohesion, maritime heritage or the advancement of marine related learning and careers.

Martin Lawlor, Chief Executive of Port of Blyth, said: “As a long term sponsor of the club the Port is delighted to enter into this new phase on our partnership, especially at this challenging time when the community of the town need organisations such as the Port and the football club to show vision and leadership. We’re very much looking forward to working with the club on these activities and to seeing it provide these important opportunities across the community.”

Stephen Durrant, Non-Executive Director of Blyth Spartans AFC, said: “As one of a select number of major sponsors, Port of Blyth’s long term and continued support as a grassroots football partner enables Blyth Spartans to maintain and broaden its football-related activities for the health and well-being of the community of Blyth.”

Regarded as one of the UK’s leading offshore energy support bases, Port of Blyth is home to some of the world largest offshore and renewable energy firms, while as a club with an FA Cup pedigree Blyth Spartans remains one of the most recognisable names in English football.