Teesport welcomes new Containerships route between the UK and the Baltics 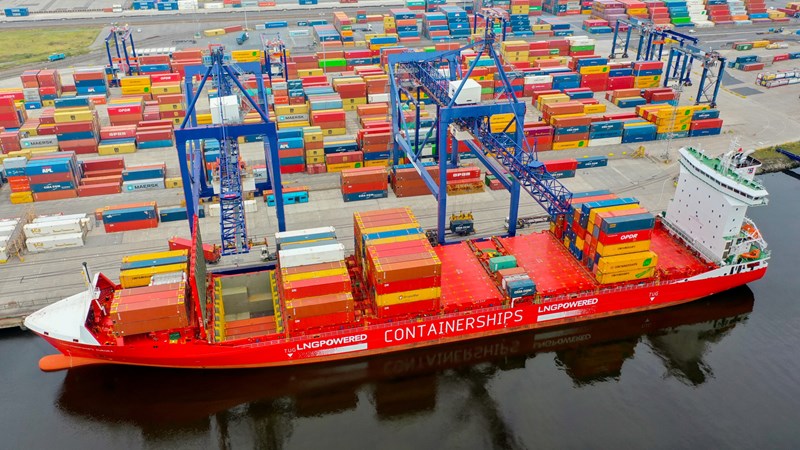 Teesport, the fifth largest port in the UK, has welcomed the first arrival of a new Containerships service, the BALT VI, from Eastern Europe.

The service from Klaipeda, Lithuania, launched in October and provides additional capacity for shippers moving containerised cargo into the UK with just a four-day turnaround between the Baltics and Teesport.

Geoff Lippitt, Chief Commercial Officer at PD Ports, said, “We’re delighted that Containerships have selected Teesport as the port of call for the new BALT VI route from the Baltics.

“The addition of yet another service to our sailing schedule further demonstrates the strength of the multimodal services we offer at PD Ports and highlights continued confidence in the Tees Valley to deliver on international trade opportunities.”

The service, which will arrive in Teesport each Monday after departing Klaipeda the previous Friday, provides an extra weekly capacity of 280 units; something which Containerships believes evidences its commitment to providing flexible solutions for customers.

“The launch of an additional route between the Baltic regions and the UK is further evidence of Containerships’ commitment to providing great customer service and flexibility, said Rob Waterman, CEO at Containerships.

“Using Teesport is affirmation of the outstanding reliability of the service they provide and will allow us to ensure swift transportation of cargo from Eastern Europe into the UK using extensive multimodal services.”

Handling an average of 28 million tonnes per year, Teesport contributes in excess of £1.4billion to the UK economy annually and supports over 22,000 jobs in the wider supply chain.

The UK Department for Business, Energy and Industrial Strategy (BEIS) is launching an Offshore Wind...