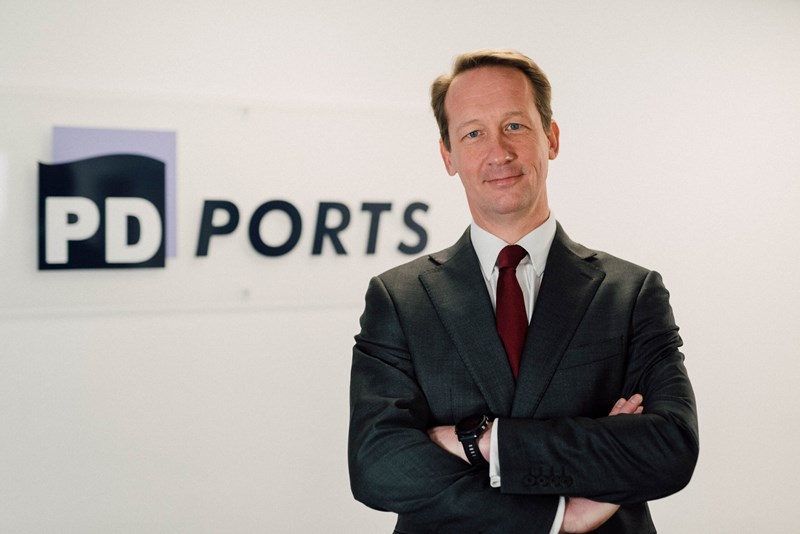 PD Ports is set to bring a second waste-to-energy plant to the Tees Valley, attracting £430 million of private investment and creating hundreds of new jobs.

The signed agreement with Wentworth Clean Power Limited (WCP), will deliver a second advanced project, also based by Teesport Commerce Park, with an annual capacity of 250,000 tonnes of specialist feedstocks and an electrical output of up to 18MWe – enough to power over 16,000 homes in the region.

The project will also generate usable heat and will offer the potential for direct heat supply to local and planned developments in the area, together with direct electrical supply.

The announcement comes two weeks after PD Ports announced a £230 million deal to bring a waste-to-energy plant to the region, firmly positioning the port operator, and the Tees Valley, at the forefront of the clean energy revolution.

Subject to planning approval, this second project will boast a 30-acre footprint and generate 250-300 full-time jobs during the construction phase and up to 50 further full-time jobs when operational, including highly skilled engineering posts. The site is expected to be fully operational in the second half of 2025.

Frans Calje, CEO of PD Ports, said PD Ports is delighted to have secured both projects for the region and explained how the waste-to-energy plants align with the port operator’s decarbonisation agenda.

“This is fantastic news for the whole of the Tees Valley,” said Frans. “We have secured over £600 million of private investment to bring these state of the art facilities to our region that will, in turn, create jobs, boost prosperity and place us at the forefront of the net-zero agenda.

“At PD Ports, we are constantly working to support sustainable practices and reduce our impact on the environment. We are committed to supporting the Government’s ‘levelling up’ agenda for the North, whilst also seeking to deliver more efficient and environmentally sustainable solutions to aid the target of net-zero carbon emissions by 2050 – these waste-to-energy projects fully support that commitment.”

WCP, developers of advanced and differentiated waste-to-energy projects in the UK, together with its partners, will develop, finance and deliver both projects on Dockside Road.

Philip Spanos, CEO OF WCP, said: “We are delighted to be delivering not one but two highly advanced, sustainable energy and waste management projects to the Tees Valley and look forward to playing our role, alongside PD Ports and local stakeholders, in contributing to the realisation of the immense potential of this region.

“WCP is working with world-class partners to bring these projects to fruition and will seek to engage fully and collaboratively with local stakeholders in all respects.”

The scale and nature of this second investment means that the project is likely to be considered a Nationally Significant Infrastructure Project and various works and studies are already underway in advance of a formal planning application being submitted in the second half of next year.

Leader of Redcar & Cleveland Council, Mary Lanigan, said: “This is more good news about potential major investment for our borough and it is testament to the hard work of everyone involved – as well as the fact that Redcar and Cleveland is a fantastic place to invest and do business.

“If approved, this would mean more real, high quality jobs in an industry which has a long-term future involving first-rate companies. It is good news for Redcar and Cleveland and the whole of the Tees Valley.”

The scale of investments brought to the Tees Valley as a result of these two waste-to-energy projects is on par with the £635 million invested in the MGT Power Station which is nearing completion at nearby Teesport.

In 2020 alone, the port operator has unveiled a £9.2 million bulks-handling facility as well as investing £3.36 million in enhancing RoRo facilities at Teesport and £1.35 million in a new pilot vessel to service the River Tees.

Middlesbrough Mayor, Andy Preston, said, “This is absolutely fantastic news for the Middlesbrough area and Tees region generally. PD Ports stands for everything I believe in – a high-quality local employer that’s ambitious, world-class and forward-thinking.

“At a hugely challenging time for business, it’s fantastic that PD Ports has won massive new private investment for our area, creating hundreds of new jobs. Our region was synonymous with the chemical and steel industries but now we can build a reputation as world leaders in a fast-growing sector as we focus increasingly on environmental issues.”