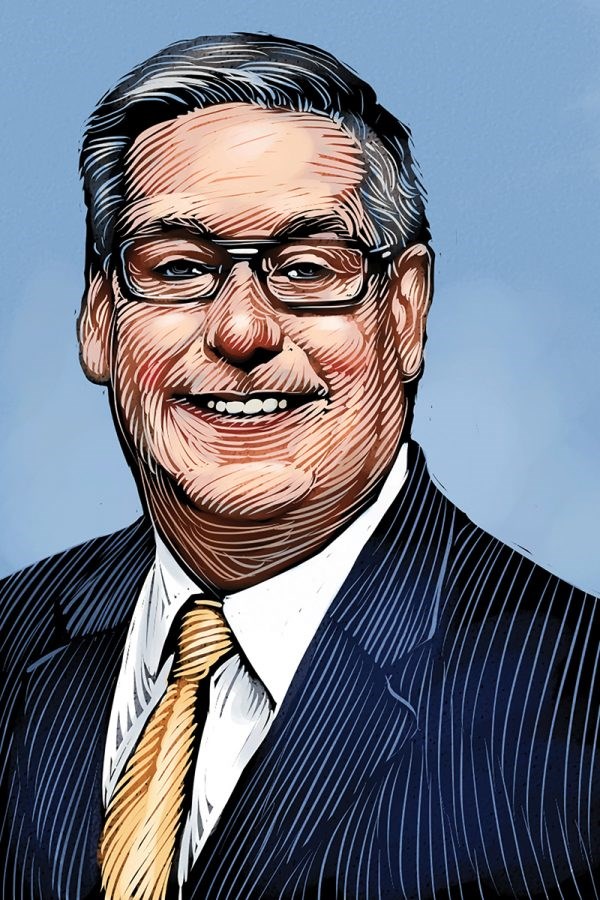 Kurt Foreman has grand business visions for the First State. Here, he tells us about how he’s getting to know Delaware on a personal level, his early career aspirations and more.

By the time Kurt Foreman moved to Delaware in 2018 to become the first president and CEO of the Delaware Prosperity Partnership (DPP), he had already moved all over the country.

Yet Foreman and his wife, Julie, who have four grown children, weren’t just parachuting in. Although they hadn’t lived in Delaware before, Foreman says the move was a bit of a homecoming for him because he had lived in New Jersey, Pennsylvania and Maryland for much of his youth.

Foreman hit the ground running to recruit a small team and launch the state’s first public-private economic development organization. Delaware’s prime location between New York and Washington, D.C., and its reputation as one of the most cost-effective places to operate on the East Coast make the state a key regional business hub.

Foreman says he’s big on building partnerships to promote Delaware’s business environment and attract more entrepreneurs and innovators to the state. One of DPP’s primary goals is to spread the word beyond the mid-Atlantic region and internationally about the state’s business opportunities. “Delaware doesn’t always get its due as a vibrant and well-equipped place to do business,” notes Foreman.

Delaware Today talked with Foreman about how he’s getting to know Delaware on a personal level, his early career aspirations and his knowledge of local history.

Delaware Today: You’ve lived all over the United States, most recently in Louisiana. Where are you from originally?

Kurt Foreman: I’ve been accused of living everywhere, which is not true, but I’ve moved 28 times, I think. My dad was in the military as an Army chaplain. I was born in Fort Meade, Maryland, and I mostly grew up in the mid-Atlantic area.

DT: What’s your favorite road trip or outing in Delaware?

KF: I enjoy the backroads of Delaware. I love driving through western Sussex County and through the marshlands. I like to get lost and see cool little places.

DT: What fact about Delaware do people find most surprising?

KF: A lot of people don’t know that Delaware seceded from Pennsylvania. Our three counties were part of Pennsylvania at one time. I grew up in the region and I didn’t know that.

DT: As a child, what did you want to be when you grew up?

KF: A forest ranger. Later, my fantasy job for many years was to be on Broadway—not to be a star but just to be in the cast. I thought that would be a lot of fun.

DT: What was your first job?

KF: I worked as a cashier at a Pathmark grocery store. Our store was the first to have scanners in our part of New Jersey.

DT: Do you have a personal motto?

KF: Not necessarily. The closest I have is something I’ve talked with staff about everywhere I’ve worked: “We have to work with others even if they feel they don’t have to work with us.” Another way of putting that is: “There’s always room at the table for another chair.”

DT: What historical person do you most admire?

KF: William Lloyd Garrison. He was an abolitionist who was well ahead of his time on equality. He went beyond slavery into women’s rights before the Civil War. The community tried to lynch him a couple of times and he was fairly disliked, but I think he’s a fascinating person. Garrison had  a great quote that I love: “I have a need to be all on fire, for I have mountains of ice about me to melt.”

DT: If you could have a superpower, what would you want to be able to do?

KF: It sounds hokey, but I’d like the ability to make people feel more empathetic and feel more comfortable cooperating, even more than they already do.