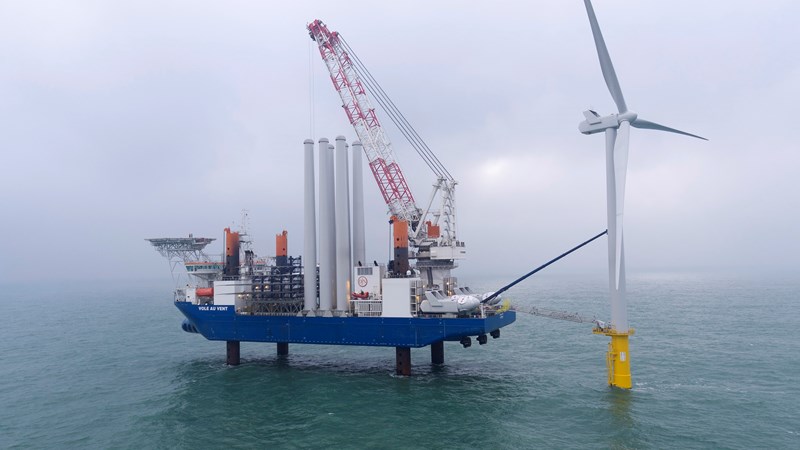 As part of the first ever Supply Chain Mapping exercise of the region’s cluster of companies involved in the offshore sector, companies also revealed turnover in their offshore wind activities will more than double to £2.2 billion in the same time period.

The 228 North East England companies that responded to the survey employ 14,300 in the region, of which 4,300 are involved in offshore wind.  In the next five years the companies expect to create an additional 4,500 jobs in offshore wind with a target of that figure including 1,200 women, 1,000 graduates, 600 apprentices and 550 ex-forces personnel.

In 2020 the combined turnover of the companies that responded to the study is £5 billion, of which £1 billion (20%) relates directly to offshore wind.  In the next five years total turnover is expected to be £6 billion, with the share of offshore wind activity increasing to 36% (£2.2 billion).

Energi Coast and the North East England’s supply chain cluster is one of the most mature in the industry with a number of companies involved in the sector since its inception and many making the transition from oil & gas to offshore wind.  As a result, 88% of companies advised that offshore wind is a priority for their businesses with 63% suggesting that the sector is more important that their traditional sectors such as oil & gas and nuclear.

Currently, 75% of the region’s companies are already active in the sector while the remainder would benefit from additional diversification support.

With the investments made in their capabilities and the track record established in the sector, the Supply Chain Mapping project reveals that almost half (47%) of companies stand ready to be able to deliver on contracts valued at £1 million and above.

Innovation remains a key focus of the region’s offshore wind supply chain with half of companies investing up to 20% of total turnover in Research and Development in areas including digitalisation, robotics, automation, manufacturing and fabrication techniques and productivity improvements.

To achieve the financial and employment increases targeted by North East England’s supply chain, companies believe that greater support from the Government is required, particularly in the area of UK and local content.  Respondents to the study highlighted that the local supply chain is missing out on business opportunities from UK projects and the Government is not doing enough to support the supply chain and UK content should be mandated.

Established in 2011, Energi Coast is made up of more than 30 key regional businesses and stakeholder organisations involved in offshore wind, working to showcase the vast supply chain capabilities within North East England.

James Ritchie, Chair of Energi Coast, said: “The Supply Chain Mapping exercise really lays out the size and scale of the offshore wind sector in North East England and its vital role it can play in the UK economy.

“We estimate that there are around 400 companies operating in North East England’s offshore wind cluster and with the information provided by just over half of these businesses we are able to send a clear message to government and the decision makers in the offshore wind sector that our region is a go-to destination for a wide range of products and services.”

“However, the planned growth and level of new employment will only happen if the Government and developers commit to utilising UK and local content in projects in British waters.  The region has a broad depth of skills, expertise and industry specific experience that is well placed to make a valuable contribution to the sector if companies are given the opportunities to be part of current and future projects.”

Joanne Leng MBE, Deputy Chair of Energi Coast, said: “North East England has been active in the offshore wind sector since the early days of the industry. Since then, the region has become a key region for the offshore wind industry both in terms of developments such as the Dogger Bank Wind Farm and the RWE Sofia Offshore Wind Farm, and its diverse and expansive supply chain cluster.

“This has led to offshore wind becoming a priority for the region’s companies, especially in relation to the delivery of a post-COVID-19 green economic recovery, and this means ongoing support must be provided to the local supply chain to further develop their business in the sector and ensure diversification support is provided to new entrants coming into the market with transferable skills.”