GEORGE RAFFERTY, Chief Executive of NOF, explains how Renewables provides a third of UK power - with half coming from offshore wind

For more than a decade NOF has been advocating the importance of creating a balanced energy mix supported by a broad cross-sector supply chain.

As the business development experts for the energy industry, we have been proactively, and successfully, supporting our members and the wider supply chain gain an understanding of how their skills, expertise and competencies can be applied to both traditional and renewable energy markets.

This strategy has seen hundreds of UK companies, including large clusters in North East England, increase their activities in the broader energy sector and ensure that the UK can undertake its programme of energy transition with the support of an innovative, technology-led supply chain. The most high-profile part of the energy transition agenda has been the growth of the offshore wind industry.

Renewables currently provides nearly a third of UK power with half of it coming from offshore wind.

Already offshore wind powers the equivalent of 4.5 million homes with this number set to grow exponentially as developments such as the Dogger Bank Wind Farm come online in the future. Between 2016 and 2021 around £20bn is being invested in offshore wind in the UK, which has enabled an emerging sector to become an established sector brimming with talented companies that are playing a central role in sustainable electricity generation.

North East England is a hotbed for innovation and is recognised globally for its skills and solutions that are being applied to UK offshore wind developments, but also those in markets around the world.

The region’s industrial supply chain has been exporting its expertise for generations, dating back to our proud shipbuilding era.

For a fair energy transition oil and gas will continue to play a central role in the energy mix.  In the Climate Change Committee’s 2019 report, which sets out a plan to achieve a net-zero future, it was very clear that the transition will not mean an immediate reduction in the need for UK produced oil and gas.

As Oil & Gas UK reports in its most recent Energy Transition Outlook, many energy users will still need liquid and gaseous fuels for the foreseeable future, for both energy and feedstock, including beyond 2050.

The offshore oil and gas industry is also one of the first sectors to develop a clear plan to support the net-zero target, committing to reduce emissions and help develop the technology essential to enable the UK its targets.

The offshore oil and gas industry and its supply chain are also integral to the development of complementary energy sources that are being developed and implemented alongside traditional hydrocarbons.

It was positive to hear in the recent budget that North East England will be one of the hubs in this transition.  Teesside will be the beneficiary of a share of £800m that has been earmarked for clean energy schemes.  Among them will be Carbon Capture and Storage, which will form part of the Net Zero Teesside project, which will create and safeguard up to 5,500 jobs.

It will see the creation of the UK’s first decarbonised industrial cluster using carbon capture, utilisation and storage, adding half a billion pounds into the region economy and around £3.2bn for the wider UK economy.

It is projects like this that are presenting opportunities for oil and gas sector operators, along with their supply chains, to diversify their activities, alongside continuing to deliver more efficient and sustainable recovery of hydrocarbons.

North East England industry has a strong track record for its ability to pivot around changing market trends and economic challenges.  The coming few decades will be no different as companies from this region play a key role in the delivery of a fair energy transition. 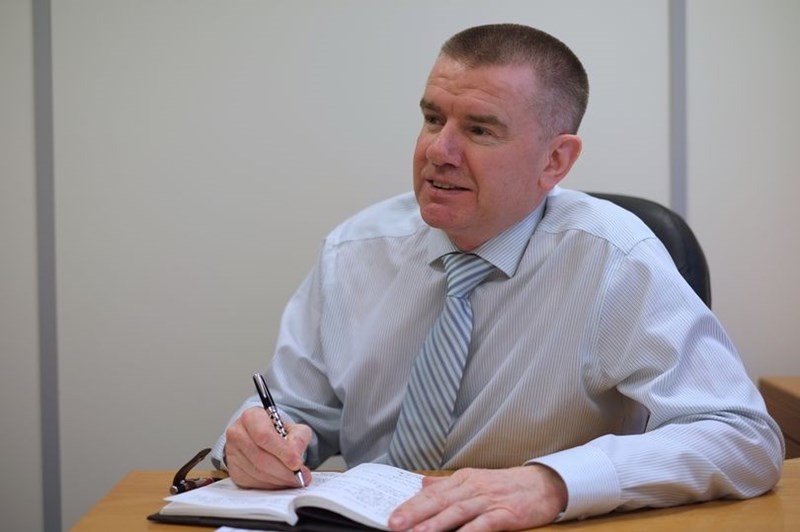