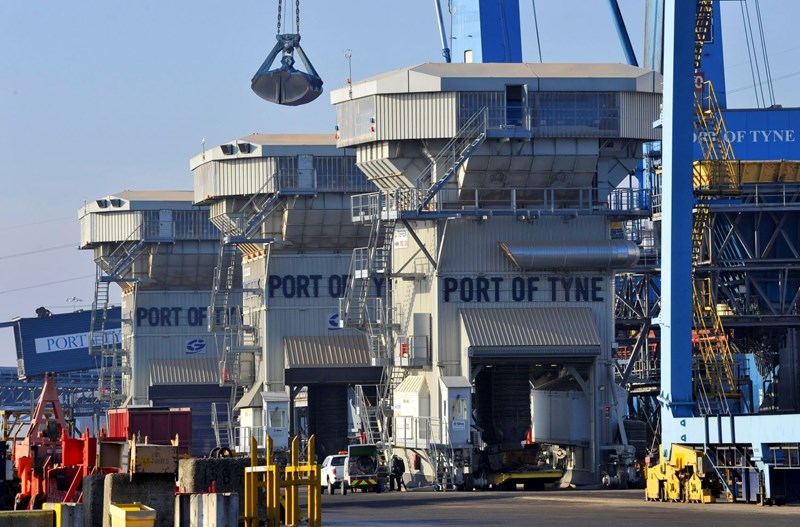 The Port of Tyne has submitted its response to the Government’s freeport consultation by promoting a ‘virtual’ free trade zone connecting the North East’s areas of economic activity.

The Government aims to create up to 10 freeports in locations across the UK which will have different customs rules to the rest of the country, generating employment opportunities and creating innovation hotbeds.  The freeports are expected to be fully operational within 18 months of the UK leaving the EU at the end of this year.

The Port’s response highlights the need for innovation and to think differently about regional growth in the North East.  The proposed ‘virtual’ freeport will link a multi-site, digitally enabled free trade zone across a number of nationally significant clusters such as advanced manufacturing, low carbon energy and development sites.

The Port of Tyne is at the forefront of driving innovation across the North East’s logistics cluster.  In 2019 it established the UK’s first 2050 Maritime Innovation Hub and more recently became the first British port to join the global data and resource sharing initiative, Connected Ports Partnership alongside the ports of Rotterdam, Gdansk, Helsinki, Hamburg and Los Angeles.  Last year the Port launched Tyne 2050, a new long-term vision that aims to see the Tyne become a gateway for regional transformation, fully aligned to the Government’s Maritime 2050 strategy and the North East Economic Plan.

The proposed free trade zone will use the Ports 250 acres of significant developable riverside land with good access to strategic highways and rail networks, streamlined customs processes through Authorised Economic Operator (AEO) trusted trader status and an established network of global shipping connections to provide a platform for export-led growth.  It will be boosted by the region’s existing skills base and world-class cluster capability.

The North East is home to a cluster of world class advanced manufacturers and their supply chains, with the Port of Tyne at its centre.  Handling up to 600,000 vehicles a year plus vans, trucks, train carriages, sub-sea, mining and construction equipment for Nissan, Volkswagen, Komatsu and other global brands, the Port is the UK’s second largest car export hub with the capability to grow.  Renewable energy is also at the heart of the Port by providing two power stations with imported biomass product and recently being selected as the operations and maintenance base for the world’s largest wind farm, Dogger Bank.  The base will attract a multitude of supply chain organisations in the region.

“A digitally connected freeport through the Port of Tyne with an emphasis on regional clusters would be an opportunity to build on the foundations the existing businesses in the region have built over many years, whilst also attracting new investment in to the region.

"The Port continues to spearhead the case for a digitally connected, multi-site free trade zone covering the region's nationally significant logistics, manufacturing and development sites.  Our eventual bid will build upon the Port’s industry leading position across innovation and decarbonisation to ensure that our global operations remain at the centre of the North East's export-focused economy.”

Backing up the Port’s response, two independent reports by WPI / Square One Law and Vivid Economics commissioned by the North East LEP have supported the business case for this type of free trade zone in the North East.

About the event Is your company working in the energy storage and electrical networks sector in the...

Join us at the place where the offshore wind sector meets to network and do business.