Thompsons of Prudhoe sees increase in turnover and profits

North East demolition expert Thompsons of Prudhoe has revealed a huge boost to its turnover and profits despite what it described as “challenging market conditions”.

The growth was largely caused by an increased in the amount of contract work carried out by the company, which jumped from £21.6m to £32.6m over the 12-month period.

The increase in revenue ultimately led to the company growing its profit figures. Operating profit jumped almost 50%, from £2.5m to £3.7m. Profit after tax grew from £1.8m to £2.7m.

Speaking in the company’s accounts, director John Thompson said: “The directors have considered the performance of the business during the financial year and are content with the continued progress that has been achieved.”

He added: “The directors have considered the current resources available and supplemented them with orders for new resources and equipment after the year-end. In doing so they believe that they continue to be in a strong position to compete for future contracts to ensure that the successful progress made by the group in the current year can be further built upon.”

During the year, Thompsons’ headcount fell by one to 304, while its staffing costs increased marginally to £11.6m.

Thompsons has worked on a number of major projects across the North East, with one of its most high profile being the Milburngate House development in Durham. The site was previously home to an HM Government Passport Office.

In 2016 Thompsons was appointed by Carillion to remove the asbestos from the site and demolish the building. It was also tasked with breaking up and recycling roadways and treating contaminated land.

When Carillion entered administration in 2018 the company worked with stakeholders and was appointed the principal contractor. It reopened the site two days after being reappointed.

Speaking to The Journal, Mr Thompson said: “Thompsons are pleased with another strong performance over the last year. We will continue to invest in our plant, equipment and resources whilst operating within challenging market conditions.” 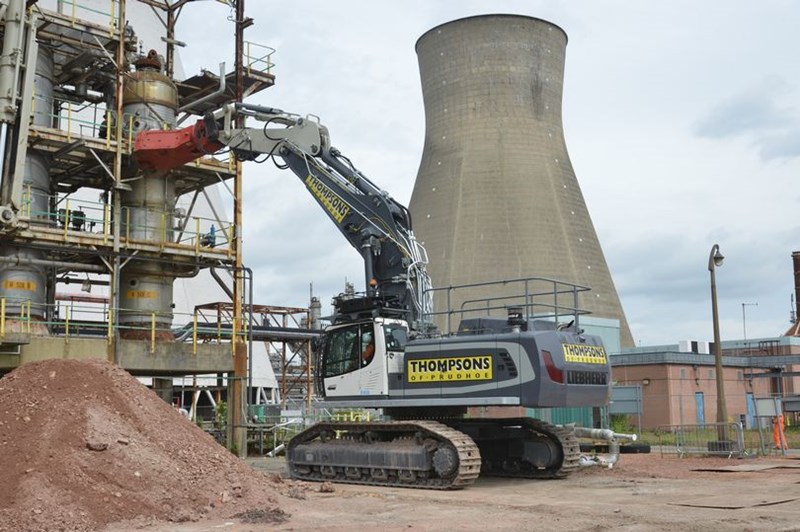