The increasing importance of the Port of Blyth and the town’s Energy Central partnership to the future of the offshore energy and renewables industry in the UK has been witnessed by the Secretary of State for International Trade, Liz Truss, who visited the region today.

Having spent time on the river itself, the Secretary of State saw the port’s rapid development into one of the UK’s leading offshore energy support hubs first-hand while also learning more about two key features of Blyth’s Energy Central offering – the world-leading renewables test facilities of the Offshore Renewable Energy (ORE) Catapult and major investment opportunity presented by the £32m, 200Ha quayside development project taking place at the Northumberland Energy Park.

International Trade secretary Liz Truss said: “I was delighted to see the progress the Port of Blyth is making in the renewable energy sector, and its instrumental role in supporting local businesses and investment in the region.

“Once we leave the EU we will be establishing Freeports, to drive growth, attract investment and ensure towns and cities across the UK benefit from Brexit trade opportunities.”

Martin Lawlor, Chief Executive of Port of Blyth, said: “Hosting the Secretary of State has given us a fabulous opportunity to highlight everything that Blyth has to offer in terms of international trade via the offshore and renewable energy sectors as well as the potential here for growth, jobs and opportunities, at a local, national and international level.”

“Our Energy Central partnership with the County Council, Advance Northumberland and ORE Catapult, continues to ensure that we’re seen by the world’s offshore energy sector as one of the UK’s most dynamic port destinations for major projects, innovation and investment. As such we’d like to thank the Secretary of State for visiting and taking such an interest in our development.”

Whilst in Blyth, the Secretary of State also met key local figures including the new Member of Parliament for Blyth Valley Ian Levy MP and the leader of Northumberland County Council Peter Jackson.

Cllr Richard Wearmouth, Chair of Advance Northumberland and the Energy Central Steering Group, said: “We are thrilled that the minister could visit and see first-hand the redevelopment of this key strategic site in the county. The investment into the infrastructure works is a giant leap for Blyth putting Energy Central on the map for the offshore industry and builds upon the Port of Blyth successes.” 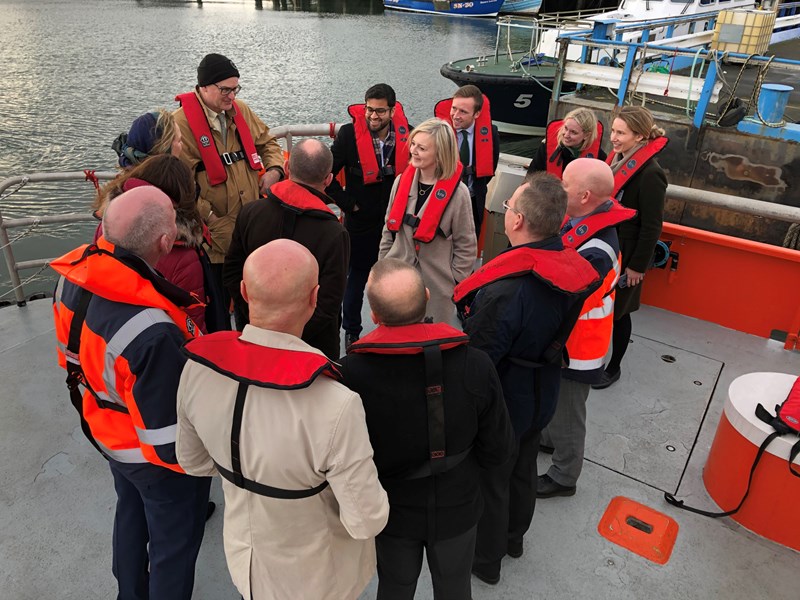