A North Tyneside lighting company is planning to open a new office in the Middle East after securing a multimillion-pound, multi-year deal.

Barrier Ex, which makes hazardous area lighting, has secured the lucrative deal after meeting with His Royal Highness Sheikh Saeed bin Saqer bin Sultan Al-Qasimi, who rules over the Emirate of Sharjah in the UAE.

With support from the Department for International Trade and the North East England Chamber of Commerce, Barrier Ex managing director Steven Lee and technical director Tony Oram travelled to the region last year to discuss a deal that could see the Tyneside firm provide commercial and industrial lighting to the emirate in a long-term relationship.

The meeting with the Sheikh is the result of 18 months of work which saw the company provide prototype lights to his affiliates and demonstrate their technical expertise.

Mr Lee said: “It truly was an honour and a privilege to be given the opportunity to meet with His Royal Highness Sheikh Saeed bin Saqer bin Sultan Al-Qasimi, and respected businessman Mr Yahya Kirdi, who has business interests and investments in the Gulf region and Canada.

“We hope that this meeting shall mark the beginning of Barrier Ex forming new business links in the Gulf region.”

Barrier Ex employs 20 people at its factory in Wallsend. The firm manufactures lighting equipment, including floodlights and street lights, and specialises in providing lighting products for hazardous areas.

Its clients work in a number of sectors, including the oil and gas industry, marine, petrochemical, water treatment, manufacturing, and mining.

After visiting the UAE, Barrier Ex now plans to open an office in the region to capitalise on the opportunities in the country. The firm expects to open the office this year and will create 10 new jobs, with roles based in the UK and UAE.

Mr Lee said: “The plans would be to open an office in the UAE in the next six months. On the back of that we have just launched our Quazr and Equinox hazardous lighting products which are for hazardous areas. One of the main sectors we supply them to is the oil and gas industry which is big in the UAE.

“The intention would be to have an office there in the next six months and establish a base out there with an immediate focus on Quazr and Equinox products.

“We have invested heavily in starting up our new water tank division and they are interested in that, and of course our commercial and industrial LED lighting.”

Barrier Ex worked with the North East England Chamber of Commerce and the Department for International Trade to help secure the deal.

The company was last year named newcomer of the year at the Tyneside and Northumberland Business Awards, while Mr Lee was named ‘boss of the year’ at the region’s Best Places to Work event. 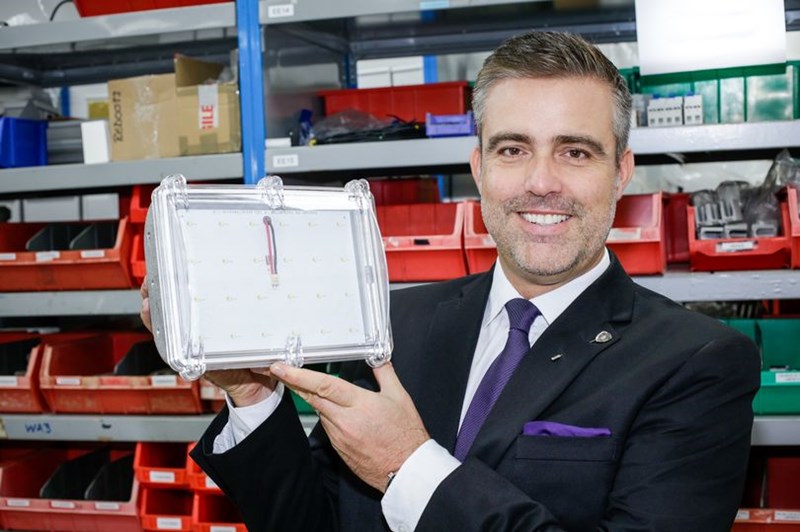