QA Weld Tech, the international specialist engineering company based on Teesside, is celebrating its 40th anniversary in business with ambitions to grow its export activity.

The company, which is a member of energy industry business development organisation NOF, specialises in the welding and fabrication of complex components for severe service applications such as subsea production systems for the Oil & Gas industry, in addition to critical components for marine, chemical and nuclear applications.

It has been a mainstay of the North Sea Oil & Gas supply chain throughout its history, which has enabled it to build a reputation for the delivery of high-quality engineering solutions to the international market.

Currently more than 50 percent of its products are exported, serving markets including the USA, Brazil, Africa, and the Far East. The company is aiming to further expand its international presence, particularly in the offshore Oil & Gas market as exploration increases in new and more inhospitable locations.

Employing a workforce of more than 60 people and with a turnover in excess of £7 million, QA Weld Tech has expanded since it was founded by managing director Charles Tighe from a single unit on Riverside Park Industrial Estate to an additional eight units on the same site.

Charles Tighe said: “This is a major milestone for QA Weld Tech and one we are committed to build upon further.  I started with a business plan to support local industry with its technical welding requirements and we have developed as a major supplier for components for the subsea Oil & Gas industry, recognised across the world for the quality products we produce on Teesside.

“We’ve been involved in major offshore Oil & Gas projects from the North Sea to the Gulf of Mexico, Brazil, Africa, offshore Australia and the South China Sea and it gives me a great sense of pride when I see product being labelled for shipping around the World.

“I believe that exceptional British engineering, and the skills of our experienced workforce, will continue to be in high demand from international markets, which will present increased opportunities for QA Weld Tech enabling us to extend our 40-year legacy further into the 21st century.”

Paul Livingstone, Head of Business Development at NOF, said: “QA Weld Tech has been a member of NOF since 1992 and is part of the world-renowned, exceptionally experienced supply chain, which has developed in North East England.  Reaching its 40th anniversary is testament to the quality of its engineering services and the talent of its management team and skilled workforce, which has taken its operations global.” 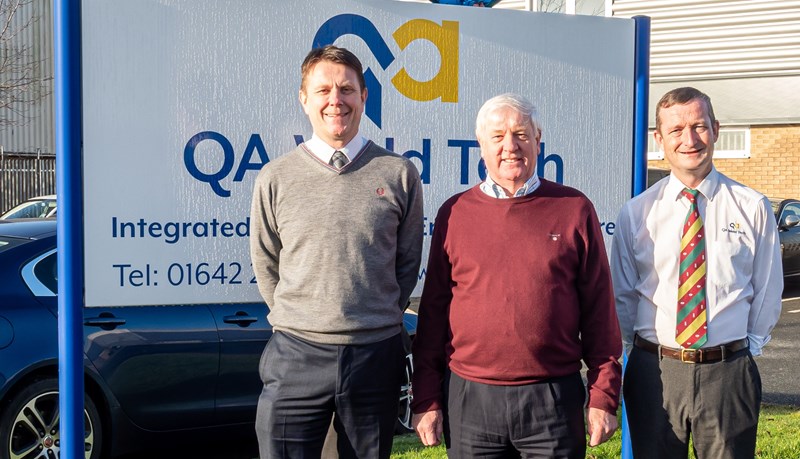