Port Of Tyne shortlisted in the IBJ Awards

The Port of Tyne, one of the UK’s major deep-sea ports based in North East England has been shortlisted in the IBJ Awards.

The International Bulk Journal Awards, now in their eleventh year are a salute to excellence in the maritime bulk industry. The Port of Tyne is shortlisted for not one but two awards; Bulk Logistics Excellence and Best Dry Bulk Port.

Bulk cargo volumes increased 76% to 2.7m tonnes in 2018 as wood pellet operations commenced for Lynemouth Power Ltd following the successful convention of the former coal fired power plant. With the Port of Tyne contributing over £38m in new infrastructure developments, including three storage silos with a total capacity of 75,000 tonnes and 1.4km on enclosed connecting conveys and two new eco-hoppers.

In 2017 the Port of Tyne completed a major quay extension; increasing its bulk cargo handling capacity by 20% was critical to winning new business from Lynemouth Power to handle and store up to 1.8m tonnes of wood pellet each year.

In 2010 the Port first pioneered wood pellet handing with Europe’s biggest wood pellet handling facility, handling 1m tonnes each year for Drax Power. Since then during a decade of development and £130m invested in infrastructure, bulk handling operations have grown to include a wide range of commodities from wood pellet, grain, aggregates, petroleum coke as well as general cargo and break bulk cargoes including scrap, forest products, steel, liquid bulks and containerised goods.

Simon Brett, Port of Tyne Commercial Director - Port Services, said: “We are delighted to be shortlisted in two categories in the prestigious IBJ awards.

“These awards recognise excellence and continuous improvement, just to be shortlisted is a fantastic achievement.”

The overall winners of the IBJ Awards will be announced at a gala presentation evening on 25 November, where the Grade Elysee in Hamburg will play host to more than eighty leading ports and terminals from across the globe. 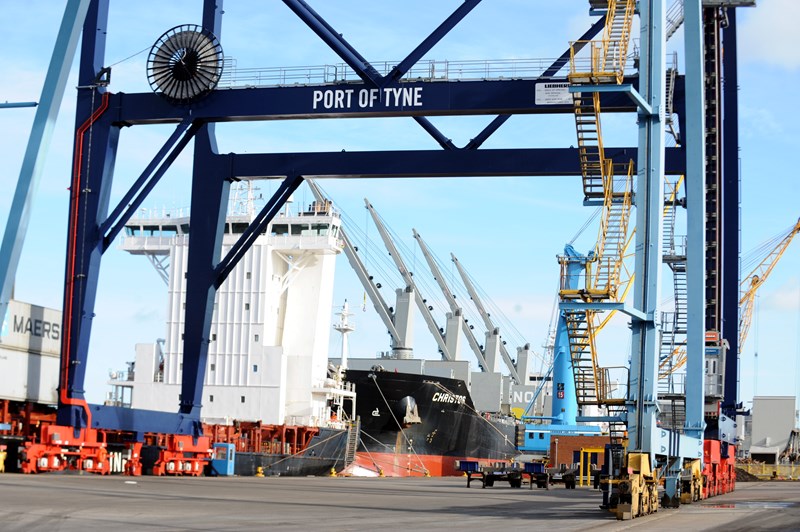