A team of North East-based subsea engineering experts from Soil Machine Dynamics (SMD) and Newcastle University have been recognised for their innovative engineering approach in the prestigious Shell Ocean Discovery XPRIZE competition.

TeamTao, the only UK team and one of the smallest to reach the grand final of the Ocean XPRIZE, were recognised for their highly innovative approach as the organisers announced a surprise additional Moonshot Award at the prestigious awards ceremony held in Monaco.

During the final round testing, TeamTao demonstrated their autonomous swarm system technology launched from an ASV, and competed against seven other teams from around the world to map an area the size of Paris in deep waters off the coast of Greece near the port city of Kalamata.

TeamTao were able to clearly demonstrate the capability and efficiency of their swarm system of subsea drones and an autonomous surface deployment and recovery vessel.

Dale Wakeham, SMD Design Engineer and TeamTao Project Leader, said: “It has been an honour to compete in the Shell Ocean Discovery XPRIZE Competition, our small team has worked tirelessly over the past year to develop and prove our technology. While the Ocean XPRIZE competition posed a significant challenge, it has been an opportunity to showcase to the world what the future of subsea survey looks like.”

Mike Jones, SMD CEO, said: “I am delighted that TeamTao has received this Moonshot Award as recognition for their hard work and achievement. We began this journey with an ambitious dream, a small, young energetic team, a clean sheet of paper and a modest budget. With Newcastle University we secured a fantastic partner to create TeamTao. Solving engineering problems by looking at them from a different angle is the essence of what we do at SMD, and TeamTao has engineered a truly pioneering way to efficiently survey the ocean floor and water column.

“I’d like to thank our partners and sponsors who have generously supported us on our journey through the Ocean XPRIZE competition, and in particular UK Research and Innovation. We still have a lot of hard work and investment ahead of us to bring this technology to market.  When we do we are confident that this will change the way we understand our oceans in future.”

Nick Wright, Newcastle University Team Lead, said: “The project has been a fantastic collaboration that has really stretched the team to be inventive and imaginative – with contributions from the team based at the National Centre and also at the Newcastle University SEALAB, led by Jeff Neasham, who have provided a world-leading sonar technology.”

The competition is part of XPRIZE’s 10-year Ocean Initiative – a commitment made to launch five multi-million dollar prizes by 2020 to address critical ocean challenges and inspire innovation that helps create an ocean that is healthy, valued and understood.

SMD and UK Research and Innovation (UKRI) are the title sponsors behind TeamTao. SMD is a world-leading designer and manufacturer of specialist subsea remotely operated vehicles (ROVs) based in Newcastle upon Tyne. UKRI is a national funding agency with a £6 billion budget to invest in science and research across the UK. It brings together seven Research Councils, Innovate UK and Research England.  Newcastle University is a world-leader in subsea engineering and acoustics research, bringing together experts from a wide range of engineering and scientific backgrounds.

Andrew Tyrer, Challenge Director – Robotics, UK Research and Innovation, said: “The technology showcased by TeamTao represents the best in UK innovation and it is fantastic that this has been recognised by the judges in this competition. The UK is a world leader in the field of robotics and UK Research and Innovation is supporting this vital sector through the government’s Industrial Strategy Challenge Fund.” 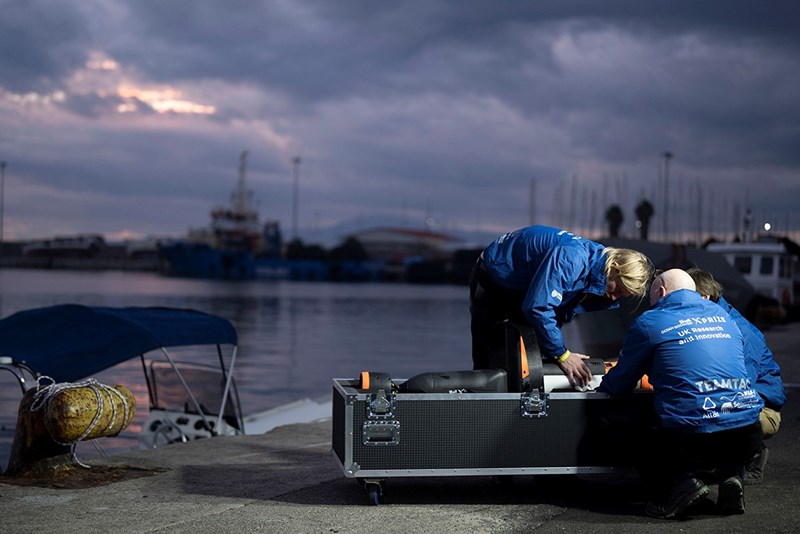