Wilton Engineering has been named as one of the UK’s top 100 exporters in a prestigious league table ranking small and medium-sized private businesses with the fastest growing international sales.

Wilton’s position was achieved on the back of its diversification from its traditional oil & gas markets into the offshore renewables sector, most notably the delivery of 7,000 tonnes of steel offshore wind turbine transition pieces for German customer SteelWind.

From its 54-acre site on the banks of the River Tees, which is home to some of the UK’s largest construction halls, Wilton produced 21 transition pieces, each weighing 340-tonnes, for Ørsted’s Hornsea Project One offshore wind farm.

The company provides multi-discipline engineering services, specialising in engineering design, fabrication and construction, analysis, and coatings and services for the onshore and offshore energy industries.

This latest accolade follows on from the company receiving a Board of Trade Award from the Department of International Trade.  Announced by the Secretary of State, Liam Fox, the Board of Trade awards recognise companies that have made an outstanding contribution to UK exports.

At the same time, Wilton CEO Bill Scott OBE was named as an Export Champion as part of the Department for International Trade’s campaign to encourage and inspire businesses to export internationally.

Bill Scott OBE said: “Achieving such a high position in the SME Export Track 100 is recognition of the exceptional skills, dedication and commitment of our team at Wilton and our sister business Universal Coatings.  It also demonstrates the opportunities that the offshore wind industry is creating for quality UK SME firms that have the capabilities and experience to deliver complex projects on time and on budget.

“The UK, and the North East of England in particular, has a vibrant and expert cluster of offshore wind suppliers that can support the growth of the renewables industry and contribute to the creation of a long-term, sustainable low-carbon energy mix.” 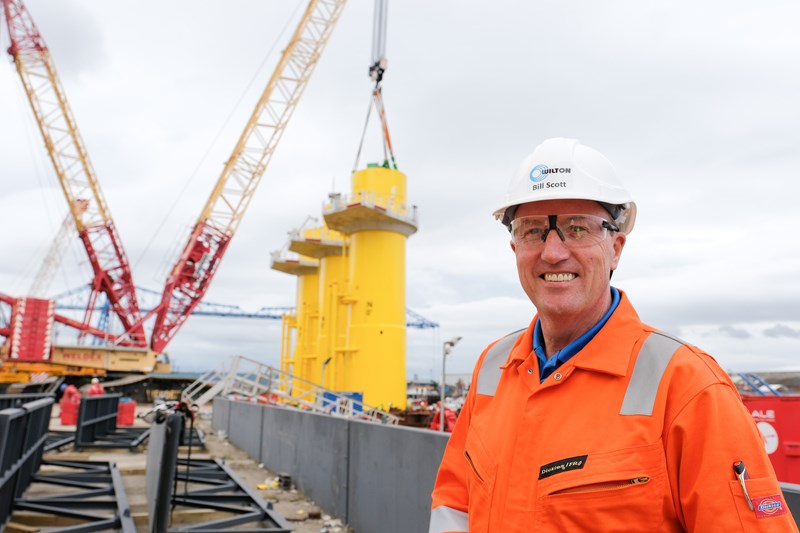