Ecosse - First year anniversary, and so many achievements to shout about!

Ecosse IP Ltd (EIP) celebrates its first 12 months, and is on track to hit the goals set by Mike Wilson, EIP Chairman when he established the company.  Following on from the successful sale of Ecosse Subsea in July 2018, Mike Wilson wanted to focus on developing products and services that would fundamentally change subsea lifting, making it far more cost-effective.

Developing and applying new technology has been pivotal in Mike’s career to date, and the past 12 months have seen him spearhead innovative engineering developments through EIP.

Within its first three months, EIP had built its Ambient Lifter prototype and completed their first harbour trial, which was followed with the development of an ROV enabled, modular Ambient Lifter and a second harbour trial in January 2019.   The trials aimed to single test the modular and ROV versions of Ambient Lifter in harbour conditions to lift initially 2.5Te and then 10Te from the seabed controlled solely by an ROV.

In March 2019, nine months from launch, EIP hosted product demonstrations to oil and gas majors and supply service companies at Fraserburgh Harbour dry dock. Consequently, EIP has been invited to bid for work with oil and gas majors and is in commercial discussions for decommissioning, subsea construction and offshore wind projects.

With innovation as the key driver in EIP, its success to-date has been marked with 2 Innovation Awards from Decom North Sea and Elevator and being selected as a finalist for the Subsea UK Innovation Award in February 2019.

Throughout their journey, Ecosse IP has had tremendous support from the OGTC and Scottish Enterprise. During the recent demonstration Susi Wiseman from OGTC predicted “this project has the potential to reduce subsea decommissioning costs by up to 40%, worth nearly £35 million over the next decade. We’re delighted to support EIP in delivering this technology solution that will reduce costs, particularly in decommissioning, which remains a major focus for Operators in maturing North Sea basin.”

Dorothy Burke Managing Director at EIP said: “I cannot think of a time in my 20 years plus career where I have had so much fun as I’ve had at EIP. In our first 12 months, I am thrilled by what the team has achieved, and we have so much more to offer!” 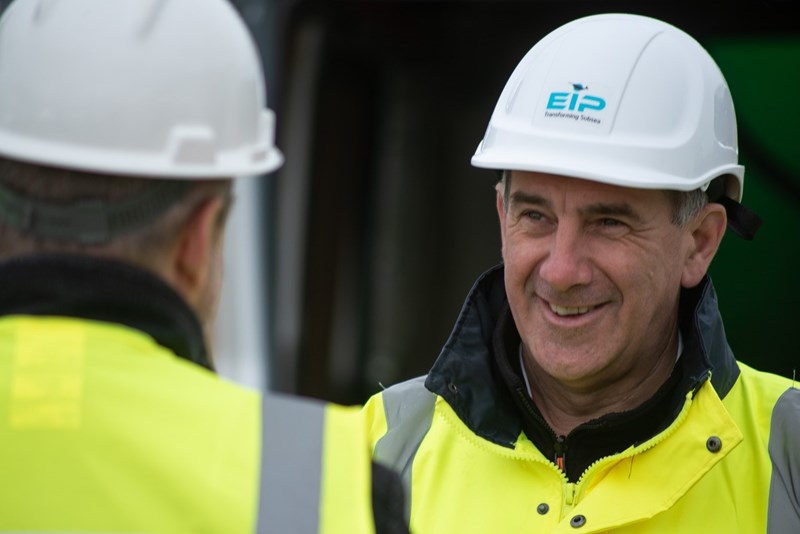