One of the region’s leading law firms has advised Newcastle-based NOVELTEA on its €450,000 international deal on Germany’s TV equivalent to Dragons’ Den.

NOVELTEA, which manufactures and sells alcoholic tea blends, has recently toasted success after securing an investment with Lioness Dagmar Wöhrl on Die Höhle der Löwen, which translates as ‘The Cave of Lions’. The trio shook hands on the deal on TV, although the transaction was far from complete.

Over the following two months trusted advisers at Muckle LLP worked to cement the deal, NOVELTEA’s largest investment to date, having acted for the business since its early stages, previously helping to deliver two rounds of crowdfunding and an innovative Chinese distribution deal.

The company was launched in 2016 by German former Newcastle University students Lukas Passia and Vincent Efferoth – dubbed the ‘Geordie Germans’ – who are the first to cold-brew and infuse tea with a matching spirit.

This latest deal saw Mrs Wöhrl – a leading politician and businesswoman – agree a €450,000 investment for 15% of the business, and it is already opening doors to new opportunities and sales in Germany.

NOVELTEA, which could have easily instructed German lawyers, asked Muckle to again act on its behalf to negotiate and complete all the documentation under English law.

Amy Wanless, senior associate in the corporate team at Muckle, said: “NOVELTEA has such an interesting story with a uniquely brilliant product. The company has followed a creative investment path and growth strategy which is now paying dividends, endorsed by the confidence shown in the business by its latest investor.

“It’s been fascinating to work with Lukas and Vincent from the very early stages as they have grown and developed NOVELTEA over the last three years.

“This is what we do at Muckle – helping entrepreneurs build businesses by taking an entrepreneurial approach to our legal advice, working closely with them to create, grow and realise value in their companies.

“NOVELTEA has taken all the right steps to develop the company, aided by its fantastic team of experienced and trusted advisers, including at board level.”

NOVELTEA co-founder Vincent Efferoth said: “Dagmar Wöhrl is extremely well placed to introduce us to key people and NOVELTEA is already available in 30 of her hotels. In terms of our markets, Germany is looking very good, China is going extremely well and it’s also going well in the UK, where we have plans to expand our team following this investment.

“Legal advice is critical for any growing business and it is so valuable when you find the right partner that understands your objectives and can work towards them with you from the start. We believe we have found this partner in Muckle and we are delighted with the advice we have had from Amy and the team over the last three years.”

Award-winning NOVELTEA is the world’s first brand to create cold-brewed tea and alcohol fusions. They are now selling the Tale of Earl Grey, distilled with gin, the Tale of Tangier, infused with rum, and the Tale of Oolong, infused with Scotch whisky.

Its range of drinks is stocked in over 150 stores across the UK and is also exported to China, Hong Kong and Germany. The ambitious company also plans to develop markets in France, Switzerland, Austria, Japan, Singapore, the US and Australia. 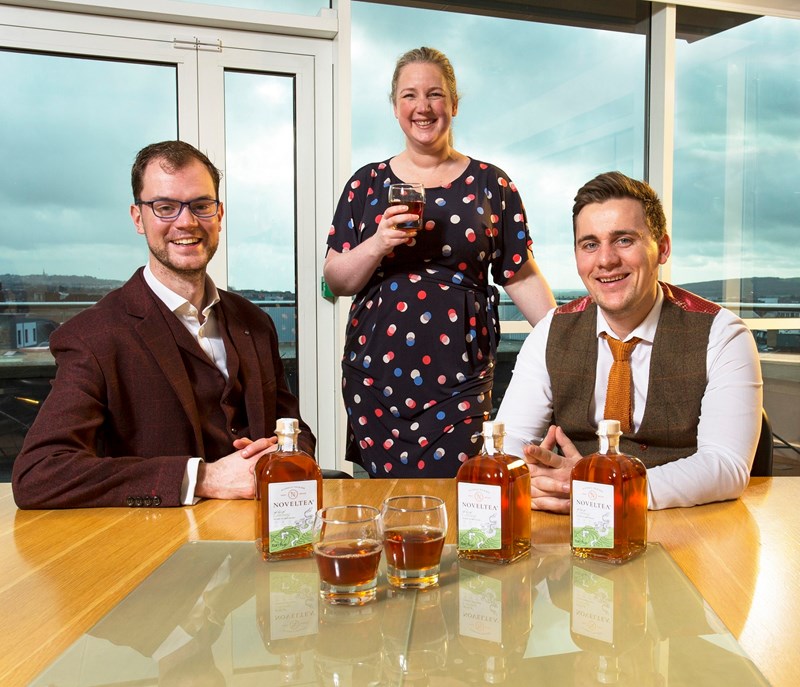