The Sellafield Silo Maintenance Facility (SMF) project, in which Servelec Controls played an instrumental role, has been recognised by the Association of Project Management at the APM Awards 2019.

Cavendish Nuclear, alongside Sellafield Ltd and Joint Venture partner Balfour Beatty, picked up the Engineering, Construction and Infrastructure Project of the Year Award on 19th November 2019, triumphing over some outstanding projects. The win was testament to all the hard work and dedication from the collaborative team, with the announcement on the Cavendish Nuclear website proclaiming: “Congratulations to everyone involved in this project, we are proud of you all!”

Servelec Controls’ part in the project took three years to complete and consisted of a complex multi-subsystem control solution which integrates monitoring, control and analysis of multiple plant areas and related processes.

Dave Kirby, General Manager for Power & Infrastructure at Servelec Controls said: “We’re proud to have been involved in this project and thrilled for the joint venture team who collected the award. Our engineers, who expertly delivered the control systems for the SMF, should be pleased with what they accomplished, both in terms of the strength of the relationships they’ve built on this collaboration and for delivering another high quality, robust solution to the nuclear industry.”

The impressive new facility, which was declared ‘ready for action’ in March 2019, will allow Sellafield to empty waste from its legacy Silos, a major priority for the nuclear decommissioning site. To find out more about Servelec Controls’ part in this process, check out the case study. 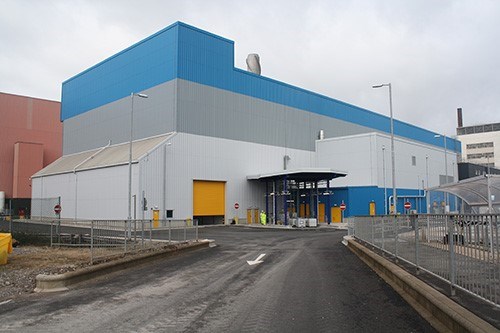