Port Of Tyne - The Bedford Lifeboat moves in to restoration yard

Since returning to Tyneside the historic Tyneside lifeboat, Bedford has been securely stored at the Port of Tyne. After almost two years in covered storage the Bedford has been moved to the North East Maritime Trust's boat yard to begin its restoration project.

In 2017 the Bedford was saved and brought back to Tyneside by a band of local businesses including the Port of Tyne, Barbour Foundation, JML, M I Dickson Ltd, South Tyneside Council, Ward Hadaway and Tyne Lifeboat Society who joined forces to cover the cost of buying the Bedford.

Originally stationed at the coble landing in South Shields, the 133 year-old, 10 metre long boat left the town in 1968 when a home was found for her at a museum in Devon, the boat later moved to Suffolk and then to Scotland.

Jerry Dudman, Secretary of the North East Maritime Trust, said: “Thanks to the Port of Tyne in partnership with five other local businesses we were able to bring the boat home.

“Not only have the Port kindly kept the Bedford in safe storage, they helped move the boat once again and covered the cost of transporting the boat the short distance from the Port to our boat yard in Wapping Street, South Shields.”

Graeme Hardie, Port of Tyne Head of Operations, said: “We are delighted to support the North East Maritime Trust to preserve the Bedford and it is great to see the boat move on to begin its restoration journey.”

The North East Maritime Trust estimate that the Bedford will require approximately two years of restoration work; eventually they plan to work with South Tyneside Council to find a permanent home for the historic lifeboat which was launched more than 55 times and saved 50 lives.

The Bedford was built in 1886 by Lancelot Lambert at the Lawe Building Yard. Named by Miss Bedford, who bequeathed £1,000 (around £468,900 in today’s money) to the Lifeboat Society Trustees for a lifeboat to be named in memory of her brother Benjamin who was an engineer with the Tyne Improvement Commission (predecessors of the Port of Tyne). 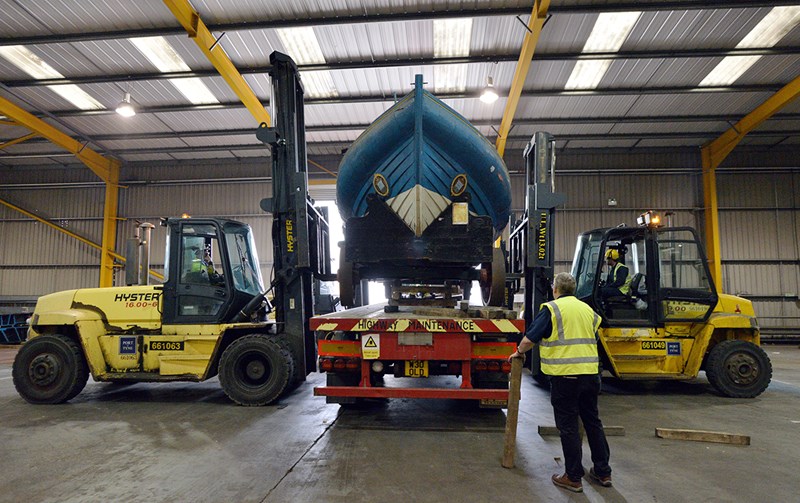